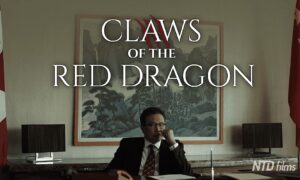 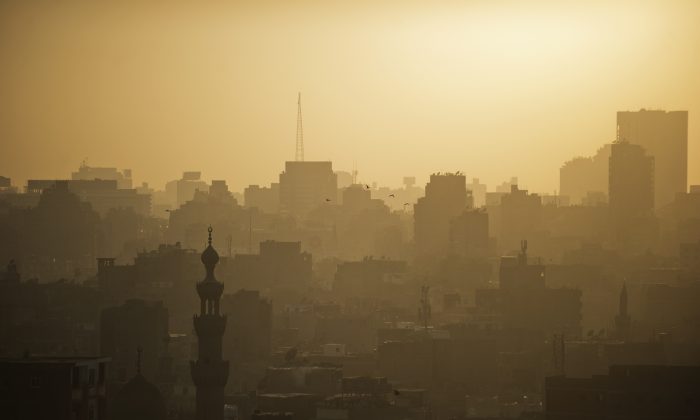 A general view of Cairo's skyline and landscape is seen at sunset on July 13, 2013. (Gianluigi Guercia/AFP/Getty Images)
Opinion

“I will not go to the ballot boxes again,” said a villager from Egypt’s Minya Governorate earlier this year. “I voted last time and nothing improved.” It would seem that most eligible voters in the district felt the same way: according to unofficial statistics, only about 35% of voters in Minya made their way to the polling stations in late May for the country’s presidential election, even after voting was extended for a third day in an ultimately futile attempt to increase voter turnout. The outcome of the election was never in doubt: Field Marshal Abdel Fattah al-Sisi was elected by 95.8% of voters (908,994,000). About 60,855,000 of eligible voters boycotted the elections—a larger number than voted for opposition candidate Hamdeen Sabahi.

The 2012 and 2014 Presidential Elections: The View from Minya

Minya’s villagers were not always so disheartened. Two years ago, enthusiastic young people mobilized communities to cast votes. They used laptops to access the Presidential Elections Commission website to guide voters to voting sites. In the first round of the 2012 presidential elections, Muslim Brotherhood candidate Mohamed Morsi won 407,201,000 (42.2%) of the votes while former National Democratic Party candidate Ahmad Shafiq won 265,402,000 (27.5%) of the votes. In the second round, the turnout was 859,221,000 (64.4%) in favor of Morsi versus 139,490,000 (35%) for Shafiq.

In the second round, more than 64% of Minya’s votes went to Morsi. His organization had to some extent provided services in Minya that should have been provided by the government, such as health care and assistance to orphans and widows. Morsi targeted low-income citizens in his campaign, promising peasants that his government would provide low-interest loans to lower their debts to the government-sponsored Land Reclamation and Agricultural Development Bank. He also expressed support for joint action by peasants and unions for rural interests. But during his year in office, Morsi was seen as not delivering on his promises.

By contrast, there were only two candidates in the 2014 presidential election, and Minya voters were not impressed with either one. The one whose victory was a foregone conclusion—former Field Marshal Sisi—ran a campaign that was perceived as not addressing the concerns of farmers, notwithstanding his endorsement by the Egyptian farmers syndicate in an official conference press. (This same syndicate was a huge supporter of his opponent, Hamdeen Sabahi, in the 2012 elections.) During the 2014 presidential campaign, Sisi held a videoconference with people from Assiut. He promised to enlarge the agricultural land west of the Nile, build roads, and connect the al-Said (upper Egypt) region with the Red Sea area. Sewage systems, irrigation systems, and power supplies would be developed, he promised, so that locals could find employment nearby their governorates and would not have to migrate north to find work. However, his campaign materials were distributed only in the governorates’ urban areas, and voters probably shared the criticism of Sisi heard throughout the country: that he relied on prerecorded messages rather than debates with his opponent, and his “plans” were short on details.

Opposition candidate Hamdeen Sabahi might have been expected to do better with farming communities. He had worked with National Farmers’ Syndicate during his electoral campaign, and he has been adopting the Nasserism ideology in promoting reforms to benefit farmers. Most important, he had a history of calling for civil disobedience by farmers to oppose the cruel 1997 Owners and Tenants Law; he had been jailed for opposing the law, and he called for returning land to the farmers. But Minya voters did not turn out for him in large numbers, either.

A History of Marginalization

Minya is called the “bride” of Upper Egypt, in part because it is rich in natural resources. The governorate includes more than 439,000 acres of agricultural land, or about 6.5 percent of all of the country’s arable land. It is ranked as the top wheat producer and a major producer of sugar cane, cotton, and onions. Despite this agricultural wealth, approximately 15 percent of Minya’s inhabitants live below the poverty line. Many of the impoverished are farmers who suffer from a shortage of subsidized fertilizers and who live in an environment in which only five of the governorate’s 1,500 villages have a sewage system.

Egypt’s 1952 revolution led by Gamal Abdel Nasser ended feudalism and granted peasants the right to inherit land; he also introduced the Land Reform Law, which gave each peasant a minimum of four feddans (a little more than four acres). His successor, Anwar Sadat, introduced an economic “open door policy” in the 1970s, which resulted in the urbanization of many rural areas and a decrease in green space; the role of agriculture (except for the larger farming industry) in the national economy was undermined. Rural urban migration and migration to oil-rich countries transformed Egypt into a country that depended heavily on revenues from foreign aid, tourism, Suez Canal revenues, and remittances rather than on agriculture. By 1975, agricultural rent control (in place since 1952) was eliminated, and owners were given increased powers to evict tenants.[12] Hosni Mubarak’s presidency (1981-2011) then heralded some of the most detrimental legislation for the rural working class. In tandem with the continued rise of an urban capitalist system, the Egyptian peasantry lost many of the land rights it had gained under Nasser. The production of basic cash crops dropped.

Law 96 of 1992, the Owners and Tenants Law, caused almost one million families to lose their land. The law gave tenant farmers five years to return the land they were working to its owners and allowed landowners to set rents and evict tenants. Tenants thus lost their right to fixed rents and to inherit tenancies in perpetuity. The average annual rent for a feddan in 1991 was LE150, whereas it increased to LE2000 after the activation of the 1997 law. In the absence of rent control, farmers were faced with annual rent increases. Further, the Land Reclamation and Agricultural Development Bank only provides services for landowners or those holding ownership certificates, effectively leaving tenants without a government institution to look out for their interests.

Egypt’s peasants have fought back against these constraints for many years with no success. More recently, in 2011 farmers from eight villages in the governorate of Beni Sueif broke into one of the Agricultural Society buildings to protest the high cost of fertilizer and the allocation practices that favor large landowners over small farmers. In 2013 alone, Egyptians held more than a thousand protests and sit-ins across the country, including the Railway Station workers strike, the Helwan Factory of Iron and Steel strike, and the Cairo Subway workers strike. In Minya, farmers held a sit-in in front of the governorate building to object to the rise of diesel prices, which affects their ability to irrigate their land. Governorate officials did not respond.

By the 2014 election, whatever hope Minya voters had experienced in 2012 had long dissipated. Morsi had promised to look out for Egypt’s peasants, but he did not address the legislation that puts tenants at the mercy of landowners. Yasmin Moataz Ahmad argues that villagers lost faith in the political process because their demands were indifferently received during Morsi’s year of presidency, concluding that, ultimately, this failure has “resulted in producing a rather cynical political culture, with limited trust in the world of politics.”

The long history of marginalizing Upper Egypt, combined with a post-2012 lack of reform, has created a crisis of trust between the farmers of Minya and the government. And al-Sisi’s austerity policy is making conditions much worse for farming communities. Many of them fear abject poverty and starvation. Decreasing government subsidies on basic consumer goods, denying government subsidies to newborns, increasing gas prices, and raising the tariff on public transportation will make the already challenging lives of peasants much more difficult. Some repercussions of the ongoing farming crisis include high land prices and consequently land rent, increases in transportation costs, and use of peasant children as cheap labor. Land reform legislation is urgently needed. The People’s Assembly must revisit the 1992 Owners and Tenants Law and modify it to enable farmers to make a decent living.

Naglaa Mahmoud is an Egyptian doctoral candidate in the African Studies program at Howard University in Washington, DC. She has served as a Fulbright scholar to Five Colleges, Inc., in Amherst, MA; an Arabic teacher at Smith College in Northampton, MA; and a visiting research scholar to the English Department at George Washington University in Washington, DC. This article was originally published in the Middle East Institute.