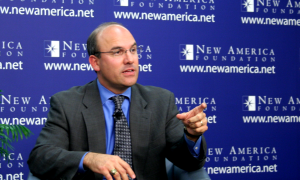 US Treasury Develops a New Kind of Warfare
0 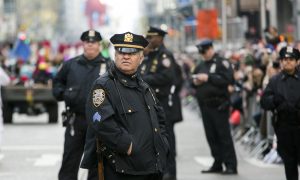 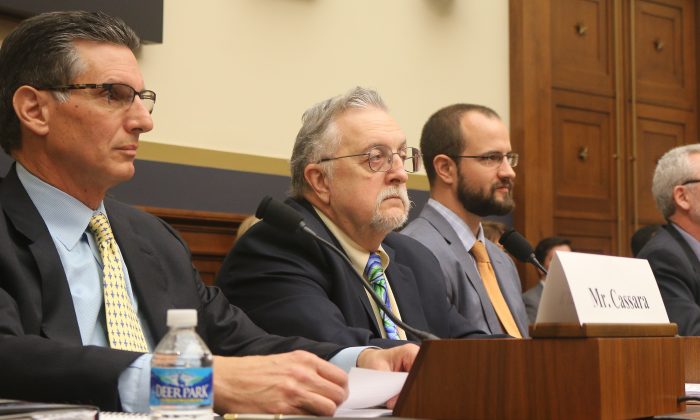 WASHINGTON—Plastic buckets from the Czech Republic imported into the United States with the declared price of $972 per bucket! Toilet tissue from China imported at the price of over $4,000 per kilogram! Bulldozers exported to Colombia at $1.74 each!

These suspicious-looking prices were cited by one of the witnesses testifying at a congressional hearing, Feb. 3, on money laundering and terrorist financing. They could represent the transfer of value into and out of the United States via trade goods. They could also be just innocent clerical errors. The data is not new and originally came from a study of U.S. trade data by Florida International University professor John Zdanowicz.

Learning how to understand and disrupt money laundering of terrorist organizations has been the aim of a task force that was created by the House Financial Services Committee in March 2015. Called the Task Force to Investigate Terrorism Financing, it has held five hearings and several briefings. Bipartisan, it consists of 21 congressional members.

Money laundering occurs through the financial system, or the smuggling of cash from one country to another, or the physical movement of goods through the trade system. These three methods are delineated by the Financial Action Task Force on Money Laundering (FATF) that was established by the G-7 Summit held in Paris in 1989.

The third one, the physical movement of goods through the trade system, has come to be known as Trade-Based Money Laundering (TBML).

In the aftermath of the Sept 11 attacks, the nexus between finance money laundering and terrorist financing came into focus. Today, efforts that come under the rubric of countering terrorism financing (CTF) have the objective of cutting off funding to terrorist organizations and eradicating their support networks.

At the hearing, the Task Force to Investigate Terrorism Financing wanted to take a closer look at TBML and CTF. Among the forms of money laundering, TBML has received very little attention, yet it is perhaps the largest and most pervasive money laundering methodology, according to the witness John Cassara, a former U.S. intelligence officer and Treasury special agent. He said that it was surprising that we in the United States haven’t focused more on TBML, “because annually, we are possibly losing billions of dollars in lost taxes to trade-mispricing alone.”

Task Force Chairman Michael Fitzpatrick (R-Pa.) in his opening statement defined TBML as “the process of disguising the proceeds of the crime of moving value through the use of trade transactions in an attempt to legitimize their illicit origin.” This was the same definition given by the FATF.

The timing of the hearing was especially apropos. Fitzpatrick observed that only two days before, the United States Drug Enforcement Administration (DEA) had announced the arrest of members of a Hezbollah group involved in the international crime of drug trafficking and drug proceed money laundering, which was used to purchase weapons for Hezbollah’s activities in Syria.

Hezbollah, of course, is listed as a foreign terrorist organization by the U.S. Department of State.

John Cassara testified that not long after the Sept. 11 attacks, he had a conversation with a Pakistani businessman involved in illicit finance. The man told him, “Mr. John, don’t you know that your adversaries are transferring money and value right under your noses? But the West doesn’t see it. Your enemies are laughing at you.”

Cassara said he knew the Pakistani businessman was right. “At the time, our adversaries were using international trade to launder money and more with almost total impunity,” he said. “Unfortunately, many years after that conversation and the tremendous expenditure of resources to counter illicit finance, trade-based money laundering and value transfer are still not recognized as significant threats,” he said.

Numerous terrorist groups exploit the trade system, according to Nikos Passas, professor of Criminology and Criminal Justice at Northeastern University. He said, “[Trade is] the weakest link in the anti-money laundering (AML) infrastructure built since the 1980s. Despite substantial efforts … devoted to AML/CTF … [trade] constitutes the biggest security and crime vulnerability, a black hole undermining the entire control framework.”

For the most part, trade is “nontransparent, neglected, and extremely vulnerable to abuse,” he said.

Professor Passas also said that even if all the rules currently in place were fully enforced, “billions of dollars could still move illicitly without detection or sanction.”

Another witness, Lou Bock, said that in his career he worked on large, complicated criminal cases involving trade fraud and money laundering worth billions of dollars. Retired as a senior special agent, he worked as a criminal investigator at the DEA, USDA, and fraud, financial and intelligence at Customs/Treasury, which later became U.S. Immigration and Customs Enforcement (ICE) in the Department of Homeland Security (DHS).

Bock testified that the biggest problem he experienced at customs services and DHS is that there was a lack of interest in pursuing the big cases. Out in the field, the priorities were different. “It is easier to make an arrest for small quantities of dope or illegal aliens.” A case like the DEA’s cited by Chairman Fitzpatrick needs a lot of resources. He said the field was just not often interested in big cases like that.

Bock said that often in the field the focus is misdirected toward finding “small infractions.” “We want them to go for those who are truly laundering money,” he said. General Motors or IBM, for example, may have committed, say, tax fraud, “but it’s not what we’re looking for.”

The most commonly used method in TBML is mispricing the goods or services. “The shipment of goods and the accompanying documentation provide cover over the transfer of money,” writes Cassara.

Examples of trade mispricing were given at the beginning of this article. Another example is gold coming from countries where gold does not exist but comes here as “scrap” at values much higher than the market price—prices that nobody is going to pay, said Bock.

Rep. Al Green (D-Texas) asked about cattle sold for $20. He said that although he’s from Texas but was not a rancher, “Even I understand there’s a problem.”

[Trade is] the weakest link in the anti-money laundering infrastructure built since the 1980s.
— Nikos Passas, professor of criminology and criminal justice, Northeastern University

Passas used licorice as an example of analysis of looking at world prices as a basis for detecting outlier prices. In the period between 1994 and 2007, values per unit for licorice ranged between roughly 50 and 75 cents. When we look at imports from Turkmenistan during the same period, some values were as high as $5.00. Particularly Syria was extremely high during the same period. The whole pattern of value is blown away with values of transactions reaching all the way up to $26.00.

There are reasons to be hopeful that real progress can be made in identifying TBML, said Cassara. International trade simply needs to be made more transparent. The growing volume of trade-related data and the rapid development of analytical tools are enabling the analysts and criminal investigators to follow the money.

Passas recommended several times at the hearing that all government data be gathered and analyzed in one place, where law enforcement agencies can find it readily and take action. He thought FinCEN (Financial Crimes Enforcement Network), which is a bureau in the U.S. Department of the Treasury, “could be ideal for this purpose.”

The two witnesses, Bock and Cassara, proposed in 2004 the creation of the world’s first trade transparency unit (TTU), which was adopted at the Department of Homeland Security in its Homeland Security Investigations (HSI) unit. Cassara said that HSI has developed a computer program that enables one to see both sides of a trade transaction. The work at HSI is designed to identify global patterns and instances of TBML that become apparent by examining both sides of a trade transaction.

A global network of trade transparency units would help us bring the opaque system used by Hezbollah and many others into the light of day.
— Rep. Stephen Lynch (D-Mass.)

“A global network of trade transparency units (TTUs) would help us bring the opaque system used by Hezbollah and many others into the light of day,” said Rep. Stephen Lynch (D-Mass.), the ranking member on the task force.

Cassara said that now there are about a dozen foreign TTUs and they have made about $1 billion dollars in seizures. However, he said that the process “has never accelerated or reached the next level.” He said, “I think [foreign TTUs] is the next frontier in money laundering enforcement. … It’s certainly attainable. We simply have to have the will to do it.”

“The data exists and it’s a revenue enhancer. Why wouldn’t we want to do it?” he asked.

However, Bock and Cassara were disappointed in the way the TTU initiative has worked out at DHS. Bock said that DHS lacks the proper customs and financial expertise. It is unable to trace the illicit money flowing to terrorist groups such as ISIS. The orientation at DHS makes the TTU’s focus 95 percent South America, said Bock. That made sense when DHS’s focus was on immigration and drugs, but that doesn’t address the evolving terrorist threats in the Middle East, Bock said.

US Treasury Develops a New Kind of Warfare

Both Cassara and Bock want the HSI TTU to be associated with a separate line item from Congress. They deplored the fact that their “TTU has been raided of funds and personnel,” writes Cassara.

Bock would like to see “a reinvigorated TTU” moved to FinCEN where it would be under Treasury, “an agency capable of addressing the nexus of TBML and tax revenue loss.” Treasury would likely be more motivated than DHS in collecting the revenue lost. Cassara wrote, “A systematic crackdown on TBML and customs will translate into enormous revenue gain.”