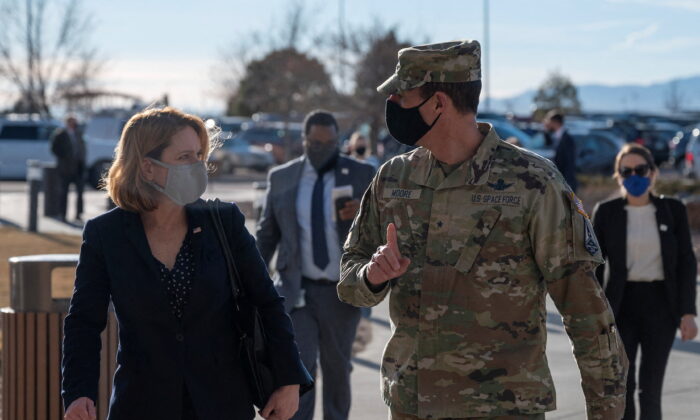 The Pentagon has issued a memo asking personnel not to delete data on their phones, calling it a “solemn responsibility and legal obligation” of all federal employees, both military and civilian.

In accordance with the Department of Defense (DoD) Instructions 5015.02 and 8170.01, personnel must retain text messages that are qualified as records as per the Federal Records Act, the Aug. 3 memo issued by Deputy Defense Secretary Kathleen Hicks said. All mobile device service providers in the DoD are now required to capture and save data on “DoD-provisioned mobile devices” once users turn them on. This order is “effective immediately.”

“Under the Federal Records Act, a record is recorded information that is made or received in connection with the transaction of public business that is preserved or appropriate for preservation by an agency,” the memo stated.

“This information provides evidence of government organization, functions, policies, decisions, procedures, operations, or other official activities, or is of value to the Department.”

The DoD Chief Information Officer (CIO) is working with the Secretaries of the Military Departments and other Component heads to ensure that the guidance is implemented in the Pentagon.

The memo also instructed the DoD General Counsel and the DoD CIO to assess the defense department’s policies and procedures ensuring compliance with the Federal Records Act. They are tasked with reporting back to Hicks with any recommendations within 30 days.

In an Aug. 4 statement, DoD acting Press Secretary Todd Breasseale said that the memo was issued following media reports that DoD did not retain phone data of former senior officials upon their departure from the department.

This includes records that may be tied to the Jan. 6 Capitol breach. “The department will be transparent with Congress and the public on records retrieval and stewardship,” he added.

Six days after the Jan. 6 breach, nonprofit watchdog American Oversight submitted FOIA requests to the DoD seeking communications between Vice President Mike Pence or his chief of staff and top officials on the day of the breach. In March 2022, American Oversight filed a lawsuit in the U.S. District Court for the District of Columbia seeking the release of the records.

In a court filing, the Defense Department and the Army stated that phones of certain former officials were wiped off and text messages from Jan. 6 were not preserved.

“DoD and Army conveyed to plaintiff that when an employee separates from DoD or Army, he or she turns in the government-issued phone and the phone is wiped,” the court filing said.

“For those custodians no longer with the agency, the text messages were not preserved and therefore could not be searched, although it is possible that particular text messages could have been saved into other records systems such as email.”

The Homeland Security Department inspector general is also investigating the incident of missing texts between Secret Service members at the time of the breach.

Last month, Secret Service Chief of Communications Anthony Guglielmi said that the messages were lost since the agency’s phones were reset as part of a pre-planned system migration.