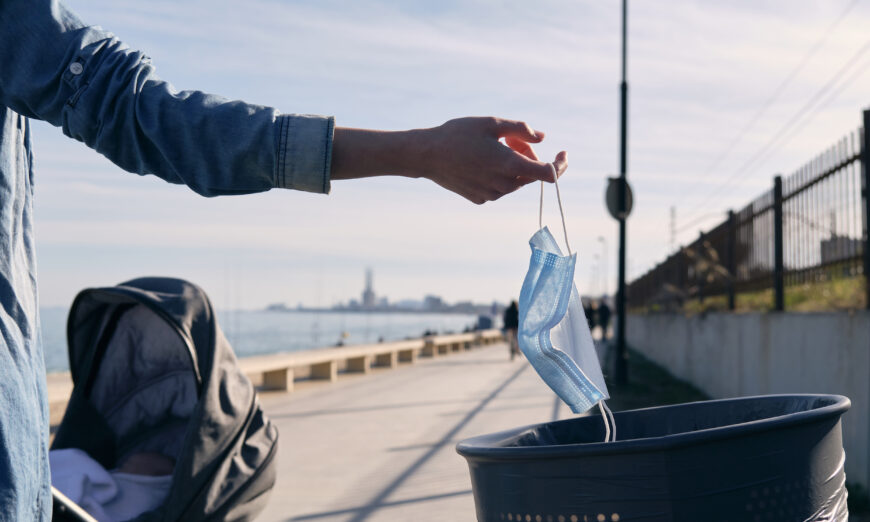 This comes a month after EU drug regulators said it made sense to “administer COVID-19 vaccine boosters as early as three months after the initial two-shot regimen,” amid concerns over the Omicron variant.

According to the European Medicines Agency (EMA), continued booster doses every four months could pose a risk of overloading people’s immune systems and lead to fatigue.

Instead, the agency recommended countries space out the intervals between boosters and coordinate their programs with the onset of the cold season in each hemisphere — following blueprints of influenza vaccination strategies.

“While use of additional boosters can be part of contingency plans, repeated vaccinations within short intervals would not represent a sustainable long-term strategy,” the EMA’s head of vaccines strategy, Marco Cavaleri, said Tuesday during a press briefing.

Boosters “can be done once, or maybe twice, but it’s not something that we can think should be repeated constantly,” Cavaleri said. “We need to think about how we can transition from the current pandemic setting to a more endemic setting.”

Cavaleri said more data is needed on the impact of Omicron on vaccines and a better understanding of the evolution of the current wave to decide whether a vaccine specific to the new variant is needed.

“Preliminary results from recently published studies are showing that the vaccine effectiveness against the symptomatic disease is significantly reduced for Omicron and tends to wane over time,” Cavaleri said.

“It is important that there is a good discussion around the choice of the composition of the vaccine to make sure that we have a strategy that is not just reactive … and try to come up with an approach that will be suitable in order to prevent a future variant,” he added.

Just last month, Cavaleri, speaking on behalf of the EMA, said it made sense to administer COVID boosters as early as three months after the initial two-dose regimen due to “extremely worrying” infection numbers.

“While the current recommendation is to administer boosters preferably after six months, the data currently available support safe and effective administration of a booster as early as three months from completion,” Cavaleri said during a press briefing in December.

WHO Warns Repeated Boosters Not Viable Strategy Against New Variants

The World Health Organization’s (WHO) Technical Advisory Group on COVID-19 Vaccine Composition (TAG-CO-VAC) on Jan. 11 warned, “a vaccination strategy based on repeated booster doses of the original vaccine composition is unlikely to be appropriate or sustainable.”

The expert group, created by the WHO to assess the performance of COVID vaccines, said providing fresh doses of already existing vaccines as new strains of the virus emerge is not the best way to fight a pandemic.

TAG-CO-VAC said COVID vaccines that can prevent infection and transmission, in addition to preventing severe disease and death are needed and should be developed.

Until such vaccines are available, and as the SARS-CoV-2 virus evolves, the composition of current COVID vaccines may need to be updated, the group said.

COVID vaccines need to be genetically and antigenically close to the circulating SARS-CoV-2 variants, be more effective in protection against infection, and should elicit an immune response that is broad, strong and long-lasting in order to reduce the need for successive booster doses, TAG-CO-VAC said.

“It’s over, people,” Alex Berenson, former New York Times reporter and best-selling author, wrote. “Aside from a few unlucky Israelis, no one is going to receive a fourth dose of the original vaccine.”

“Everyone with eyes can see it doesn’t work against Omicron — and if you haven’t gotten a third dose, at this point, why would you? You are getting at most weeks of marginally improved protection for potentially severe side effects.

“Instead the WHO is now promising/demanding vaccines based on whatever the dominant Sars-Cov-2 strain is at the moment. That promise is as empty as all the others the health bureaucrats and vaccine companies have made.”

Berenson noted there have been at least five major “variants of concern” in the last year alone, two of which became globally dominant.

“Even the mRNA vaccines cannot be cooked up and delivered fast enough to match whatever strain of virus becomes dominant,” Berenson said. “COVID is faster than the scientists.”

COVID should be treated as an endemic virus similar to the flu and mass vaccination should end after the booster campaign, said Dr. Clive Dix, former chairman of the UK’s vaccine task force.

According to the Centers for Disease Control and Prevention, an endemic refers to “the constant presence and/or usual prevalence of a disease or infectious agent in a population within a geographic area,” whereas a pandemic is an “out of control” epidemic that has spread over several countries or continents, usually affecting a large number of people.

“We need to analyze whether we use the current booster campaign to ensure the vulnerable are protected if this is seen to be necessary,” he said. “Mass population-based vaccination in the UK should now end.”

Calling for a “major rethink” of the UK’s COVID strategy, Dix encouraged the ministers to “urgently back research into COVID immunity beyond antibodies” to include B-cells and white blood cells, called T-cells.

Dix said there should be a shift to disease management from viral spreading, and “stopping progression to severe disease in vulnerable groups” should be the future objective.

Written by Megan Redshaw childrenshealthdefense.org This article was originally published on GreenMedInfo.com

Children's Health Defense
The Children’s Health Defense Team is devoted to the health of people and our planet. Our mission is to end the childhood health epidemics by working aggressively to eliminate harmful exposures, hold those responsible accountable, and establish safeguards so this never happens again. We do what we do for many reasons, but the one thing we all share is our passionate belief that we have public health policies and practices that are harming our children. For the future good health of our children and planet, we call for more research and transparency. Visit us at ChildrensHealthDefense.org
SHARE
Friends Read FreeCopyFacebookTweet
SHARE
Friends Read FreeCopyFacebookTweet
You May Also Like