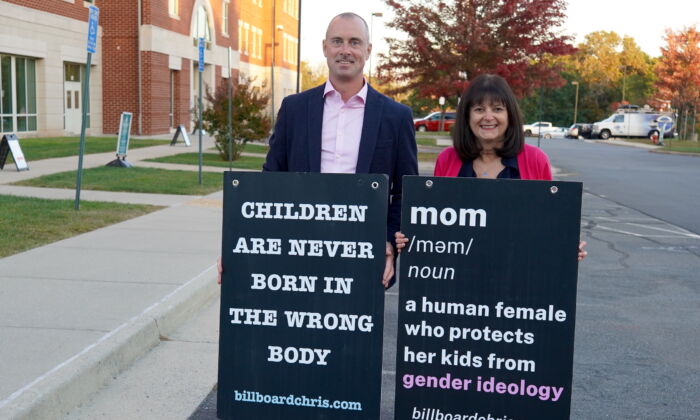 School counselors should use their position to urge questioning children to adopt a transgender identity, start opposite-sex hormones, and pursue sex-change surgeries as early as 16, according to an association that provides counselors with continuing education.

The guidance is part of “The School Counselor’s Role in Supporting Transgender and Non-Binary Students,” a training video by the American School Counselor Association (ASCA).

The association made the video in cooperation with the Human Rights Campaign, an LGBT group.

And that gives associations like the one for school counselors a way to have a big influence on public institutions, he said.

The training video urging encouragement for transgender and questioning students is one of dozens on the website that instruct school counselors to push the exploration of gender ideology, spread Critical Race Theory (CRT), and promote social-emotional learning (SEL).

Those ideas are important to pass along to children, the association’s training videos insist. And if state laws prevent counselors from openly promoting transgenderism, counselors should advocate for it subtly, according to advice in videos on the site.

“If there is nothing else that you feel you are able to do within your particular sphere of influence, you can still be that positive and affirming person in that child’s life, which can make a huge amount of difference,” says Darrell Sampson in one of the videos.

Sampson is executive director of student services for Arlington Public Schools in Virginia.

School counselors must help girls questioning their gender to identify as “boys,” and help boys who want to live as “girls,” according to the training videos.

Once a child declares a transgender or non-binary identity, schools should reshape the environment to conform to the child’s desires, one video states.

Counselors should encourage changes to any part of school operations that suggests there are only two sexes, Sampson says in a video.

“In schools, we want to advocate for language that eliminates grouping things by gender, because we often have, ‘Boys line up here; girls line up there.’ If you have a student that doesn’t identify with either, where do they go?” he asked.

To avoid that confusion, he suggested teachers call students to line up based on birth month, shoe color, or shirt color.

Furthermore, counselors should let children dress as the opposite sex as early as elementary school, Human Rights Campaign senior director Ellen Kahn says in a video.

Some medical professionals have raised grave concerns about the effects those drugs can have on children, including growth issues and bone density problems normally found in the elderly, The Epoch Times reported.

In high school, counselors should back double-mastectomies for girls who say they are boys, Kahn said. But it was unclear at what age girls should receive that advice.

Sex-change operations should happen “typically not earlier than 16 for trans guys where there might be a need or interest in chest modification,” she said.

But she added that sex-change surgeries usually happen at 18 or older.

“It is not unheard of for that to be, say, in years where these kids might be in high school, and they may be taking some time off for surgery or to recover. But it’s not gonna be something that’s coming up through elementary or middle school, contrary to what some folks might be saying on the airways,” she said.

Sampson added that counselors should not rush a child to “come out” to people they know.

“We want to be careful about outing students ourselves,” he said. “When students want to share who they are—their name, their identity—we want that to be at a time when they are ready for that, when it’s their timetable.”

After Sampson and Kahn spoke, one video showed a panel discussion by children with alternative gender identities and their parents.

Jj, a child who used “they” pronouns and whose real gender was unclear, told counselors to “continuously” ask students their preferred gender pronouns, because pronouns change.

Jj also advised counselors not to tell parents when a child announces a new gender identity at school. No one contradicted Jj’s advice.

“Some kids are out to their friends and in school, but maybe not to their parents. If you’re outing them to their parents, you’re sending a bad message to them. It’s kind of like you’re betraying them,” Jj said.

The ASCA’s position statements support left-wing ideologies, including some with little apparent connection to student counseling.

School counselors should “engage in anti-racist action,” advocate for skirt-wearing boys in girls’ bathrooms, stump for bans on “military-style weapons,” and use transgender names and pronouns at school without parental permission.

“If students have not disclosed their gender identity to a parent or guardian and as a result their name and/or gender marker cannot be changed on their student records, their chosen/affirmed name should be noted as a ‘preferred name’ in the system͘. This affirmed name should be used by staff and peers, according to the transgender or nonbinary student’s wishes,” one guideline reads.

The ASCA wields considerable influence as an organization, and received more than $7.5 million in dues in 2019, according to a revenue form.

ASCA notes on its website that the federal government gave $1.28 billion to the Student Support and Academic Enrichment grant program in 2022. Money awarded through that program, the association notes, can be used for “hiring school counselors and providing school counseling professional development.”

As a private group, the ASCA doesn’t get the same safeguards that government-funded groups get, Lui said.

Lui encourages parents to read information about ASCA policies by looking on the association’s website, attending its events, or reading his organization’s guide to school counselors.

Of the organization’s policies, Lui said, “Parents were never supposed to see that.”

The Epoch Times emailed the ASCA requesting comment, but has not received a response.