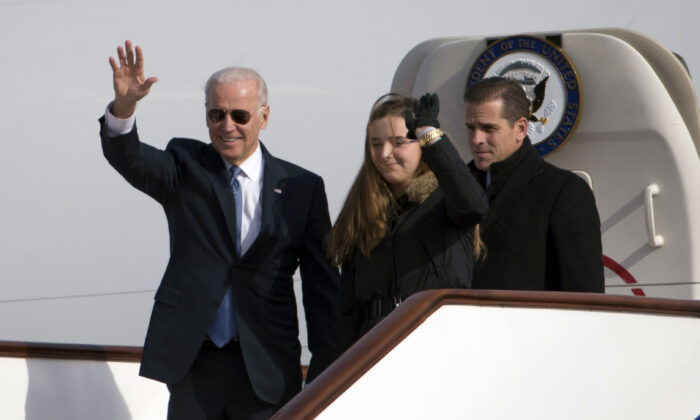 Then Vice President Joe Biden waves as he walks out of Air Force Two with his granddaughter, Finnegan Biden (C) and son Hunter Biden (R) upon their arrival in Beijing on Dec. 4, 2013. (Ng Han Guan/AFP via Getty Images)

Hunter Biden allegedly sought to pocket millions from deals involving a Chinese energy giant with ties to the Chinese military, according to emails obtained by the New York Post.

An alleged email from James Gilliar of the international consultancy J2cR that was sent to Biden on May 13, 2017 detailed “remuneration packages” for six people in an unspecified deal apparently involving the now-bankrupt Chinese oil giant CEFC China Energy. Biden, who is the second son of former Vice President and current presidential candidate Joe Biden, was identified as “Chair/Vice Chair” of a new company, “depending on agreement with CEFC.” His pay would be “850.”

Gilliar did not immediately return a request for comment about his involvement.

The email also mentions a “provisional agreement” under which a person identified as “H,” an apparent reference to Hunter Biden, would hold 20 percent “equity” in the new company, as well as 10 percent “held…for the big guy.” The email doesn’t identify who the “big guy” is.

Gilliar also said he would be “happy to raise any detail with Zang if there is [sic] shortfalls ?,” in an apparent reference to Zang Jianjun, a former executive director at CEFC.

Shanghai-based conglomerate CEFC China Energy was China’s largest privately-held oil company before it was caught in Beijing’s crosshairs in 2018. The oil conglomerate made billions of dollars in Russia, eastern Europe, and parts of Africa, while its now-disgraced founder and chairman Ye Jianming fostered cozy ties with high-level Chinese Communist Party (CCP) officials.

Ye has been missing since early 2018 after he was placed under investigation by the Chinese regime for “suspected economic crimes” and detained. A state-owned enterprise took control of CEFC in March 2019, and the firm declared bankruptcy early this year, according to Chinese media Caixin.

In a separate email Biden sent to Hong Kong financier Dong Gongwen on Aug. 2, 2017, Biden reveals that he previously had a three-year agreement with CEFC that would pay him $10 million per year “for introductions alone.”

Dong was Ye’s business associate and executed transactions for Ye’s companies, according to a recent Senate report.

But Ye later sweetened the deal, giving Biden 50 percent ownership of a holding company named “Hudson West,” with Ye owning the other half, the email stated.

“Consulting fees is one piece of our income stream but the reason this proposal by the chairman was so much more interesting to me and my family is that we would also be partners inn [sic] the equity and profits of the JV’s [joint venture’s] investments,” Biden wrote.

An Aug. 1, 2017 photo obtained by The New York Post of a hand-drawn organization chart outlined Hudson West’s ownership. It showed that the company was controlled 50/50 by two entities that were ultimately controlled by Biden and a person identified as “Chairman” respectively.

The Senate report also showed that Hunter Biden’s law firm, Owasco PC, was one of two owners of a company called Hudson West III, which has since been dissolved.

In September 2017, Biden and Dong opened a line of credit at a bank under Hudson West III, the report said. Credit cards issued under the account were made available to Biden, his uncle James Biden, and James’ wife Sara Biden. They purchased more than $100,000 worth of “extravagant items, including airline tickets and multiple items at Apple Inc. stores, pharmacies, hotels, and restaurants,” it said.

The emails obtained by the Post were allegedly from the hard drive of a laptop left at a Mac repair shop in Wilmington, Delaware in April 2019, that was never retrieved. The FBI then allegedly seized the laptop, and the repair shop owner later gave a copy of the hard drive to former New York City mayor Rudy Guiliani, President Donald Trump’s personal attorney. Guiliani then gave the contents to the Post. Guiliani said he spent three weeks authenticating the materials on the drive. The Epoch Times has not seen a copy of the files and could not independently verify this claim.

Joe Biden’s campaign did not return a request for comment.

Ye had extensive ties to the Chinese military.

According to the Senate report, Ye served as deputy secretary-general of the China Association for International Friendly Contacts (CAIFC) from 2003 to 2005.

The association is a front group for the Chinese military’s former General Political Department, a political organ within the Central Military Commission—the CCP agency that controls the armed forces, according to a 2018 report published by the Congress-appointed U.S.-China Economic and Security Review Commission (USCC). That department was replaced by a new agency called the Political Work Department in 2016.

“CAIFC has additional ties to the Ministries of State Security, Civil Affairs, and Foreign Affairs, and it is a platform for deploying undercover intelligence gatherers,” the report said.

USCC added: “In addition to sending intelligence collectors abroad, CAIFC sponsors trips to China by foreign military and veteran groups, businesspeople, and former politicians which typically include contact with hand-picked PLA personnel,” referring to the People’s Liberation Army, the official name of the Chinese regime’s military.

Caixin published an extensive report on CEFC in March 2018. It stated that CEFC’s Party secretary, Jiang Chunyu, was a retired Chinese military police officer. All major firms in China are required to set up Party units within their offices.

Jiang was also once head of a military police school located in Shanghai. According to Chinese news portal Sina, the school was combined with other institutes to form the PLA Nanjing Political College in August 2017.

Zhuhai Zhenrong was sanctioned by the U.S. government in July 2019 for engaging in oil transactions with Iran, in violation of U.S. sanctions on the Iranian regime.

According to Caixin, CEFC established a Shanghai Charity Fund in 2011, hiring Li Guangjin, a retired political officer from the PLA’s Shanghai Garrison, as the fund’s chairman. Additionally, Wang Hongyuan, a former bureau chief at the General Office of the Central Military Commission, became the fund’s standing director.

Taiwan’s Ministry of Justice Investigation Bureau disclosed that several CEFC executives had ties to the Chinese military and the Chinese regime, in its monthly magazine Prospect & Exploration published in July 2018.

For instance, the magazine pointed out that Xiong Fengsheng, CEFC’s director and Party secretary of the company’s discipline commission at the time, was once head of the PLA Air Force’s 461 Hospital, located in the northeastern city of Jilin.

Some CEFC executives previously worked in the Chinese government or at state-owned firms.

One of CEFC’s deputy presidents, Jiang Mingsheng, once worked at China’s central bank, the People’s Bank of China. He was also a one-time Party secretary while working at the Shanghai branch of the China Merchants Bank, according to the magazine.

Pan Zhigang, an economist at CEFC, was once office director at the International Cooperation Center of China’s National Development and Reform Commission, a state planning agency.

Biden had previously told The New Yorker in a July 2019 article that he didn’t consider Ye to be a “shady character at all,” and characterized his investigation and detention as “bad luck.”

Ye also established a nonprofit based in Hong Kong and Arlington, Virginia, called the China Energy Fund Committee, which had “special consultative status” at the United Nations.

The organization’s general secretary was Hong Kong businessman Patrick Ho. Ho was also Biden’s client at Owasco, according to the Senate report.

In March 2019, Ho was convicted and sentenced to three years in prison for paying millions in bribes to the presidents of Chad and Uganda to secure oil rights for CEFC.

On March 22, 2018, months before Ho was to go on trial, a $1 million payment was sent from Hudson West III to Owasco for Ho’s legal representation, the Senate report found.

The Post obtained an “Attorney Engagement Letter” executed in September 2017, in which Ho agreed to pay Biden $1 million as a retainer for legal services. Biden told The New Yorker in 2019 that he agreed to represent Ho after Ye told him that he was concerned that “U.S. law-enforcement agencies were investigating” Ho.

Ho was convicted of money laundering, violating the Foreign Corrupt Practice Act, and other charges. He was freed in June this year, with the judge shortening his incarceration after he demonstrated good behavior. 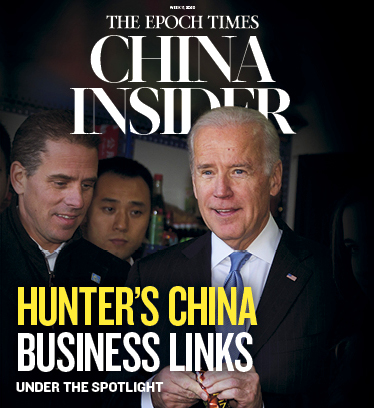 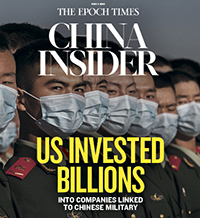 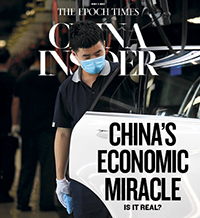 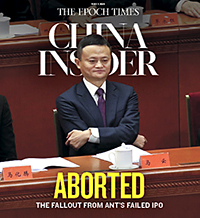