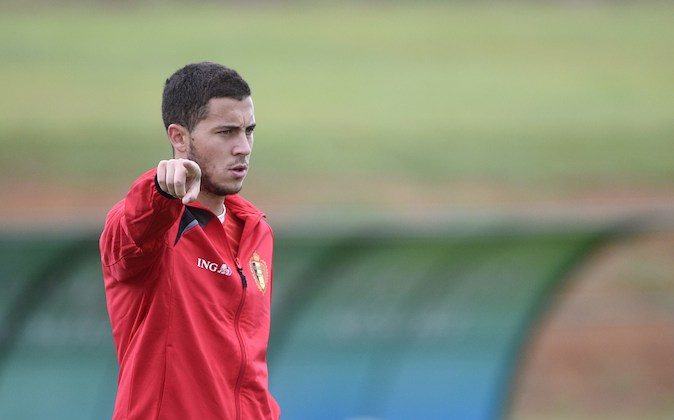 Eden Hazard probably won’t be making a move to Paris Saint-Germain next season.

The 23-year-old forward has been liked with PSG for a while, but recently, PSG manager Laurent Blanc has said that the move is unlikely given that Chelsea don’t want to sell him.

“But what is certain is that Chelsea wants to keep him.”

Also, Jose Mourinho recently said that, “Just because I say Eden [Hazard] does not have everything, it doesn’t mean I don’t want him.”

“He has fantastic potential and will express it at Chelsea.”

“For him, as for others, the door is closed.”

“People who know me know that, when I say that, I mean it.”

As Mourinho had said last season that he won’t sell Juan Mata and David Luiz, but ended up selling them anyway, it remains to be seen if the Blues boss will stick to his word regarding Hazard.

Here is an Associated Press article on Belgium’s World Cup 2014 clash with Russia on Sunday.