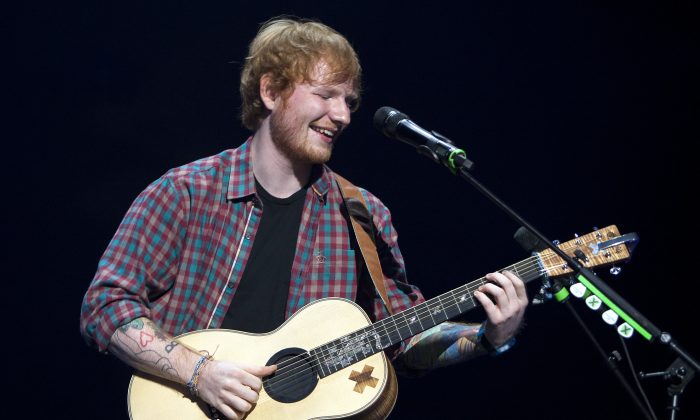 Ed Sheeran Listens to Britney Spears and N-Dubz When Cooking

Ed Sheeran listens to Britney Spears and N-Dubz’s greatest hits albums when he is cooking.

The flame-haired singer likes to rustle up his own meals when he is not busy touring the globe and he can’t get enough of the 32-year-old singer’s successful songs because he is a “big fan” of both her and the pop trio.

Sheeran also admitted he would love to write a song for Britney one day but insists it would be a slow tune, something resembling her track ‘Everytime.’

When Sheeran isn’t penning tracks for pop superstars he could be found performing at his fans’ weddings after he accepted a supporter’s invitation to perform at her nuptials in February 2016.

After being asked by the lucky fan at an #AmazonFrontRow Q&A in central London yesterday (30.09.14) whether he would play on her big day, he replied: “That’s actually a possibility because I’ve got nothing booked in February 2016. It’s not on my birthday either.

“We should talk. Do you have a card? Give me your work card. I’ll drop you a line. If I’m not working then it’ll be cool.”