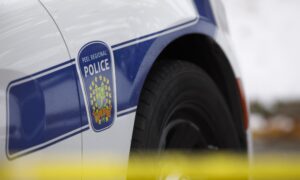 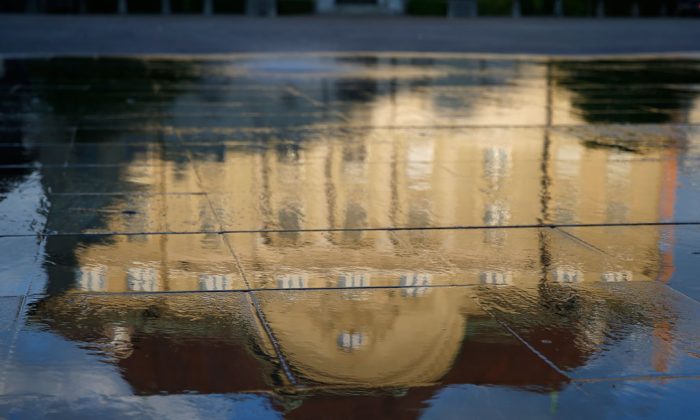 The Swiss central bank is reflected in a fountain in Bern, Switzerland, on May 18, 2014. (AP Photo/Keystone, Peter Klaunzer)
News

After the Swiss pulled the rug from under euro support at 1.2 Swiss francs, all bets were off. The euro plunged 30 percent to 85 Swiss cents, and the Swiss stock market crashed 15 percent before recovering.

What happened? Back in 2011, at the height of the euro crisis, both currencies were trading at par or one euro for one Swiss franc, the lowest ever. During normal times, one euro bought you 1.5 Swiss francs.

Because Switzerland’s economy is geared toward heavy manufacturing as well as tourism, central planners were afraid too strong a currency would endanger exports and scare people away from going skiing in the Swiss Alps.

It racked up a loss of 60 billion francs on its currency position according to Citigroup—the largest ever.

So they artificially set a higher than market peg of the Swiss franc to the euro at 1.2 francs per euro. Unfortunately, in relatively free markets, the central bank can’t just write a law and say that all trades for euro foreign exchange have to be settled at 1.2.

No. Instead it has to provide so much demand for euros in the market that sellers will demand at least 1.2 to make available their euros. Looked at from the other side, they have to sell so many francs to the market that buyers will only buy them at 1.2.

But where do the francs come from? They are printed out of thin air and listed on the liability side of the SNB balance sheet. On the other side, the accumulated euros are stashed.

So since 2011, the SNB boosted its balance sheet from 260 billion francs to 525 billion by printing francs, buying euros, and shifting some of them to other currencies, like the dollar.

So if you can keep the franc low and stimulate exports, everything should be fine and dandy, shouldn’t it?

Because the quality of a currency is not determined by economic growth, as many people think, but on the quality of the assets the central bank has on its balance sheet. So with 40 percent of all assets in euros, the Swiss franc was turning into a stealth euro.

The SNB probably thought it could scare traders into not wanting to buy Swiss francs by flaunting the idea of increasing the peg or devaluing the franc further, but that strategy didn’t work.

As soon as the ECB made clear it is serious about buying Greek and other periphery junk bonds and launched a full-scale QE, the SNB got cold feet and pulled the plug. Just today, it racked up a loss of 60 billion francs on its currency position, according to Citigroup the largest ever.