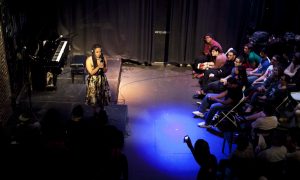 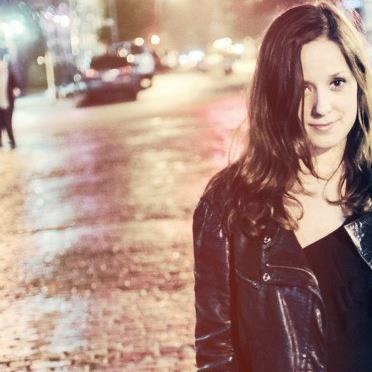 NEW YORK—Leigh Wallace had a good job in the fashion industry. As an off-price merchant, it was her job to shop and buy hundreds of thousands of units while wearing a different outfit every day of the week.

As the months went by and the company began to grow, Wallace started to wonder what the impact of all the items she was buying was having on the environment. From the production of the fabrics, mostly polyester based, to having the garments shipped thousands of miles away, it was not an environmentally friendly process.

On a trip to New Zealand, Wallace was hiking on a glacier where she saw how much ice had melted from years of climate change. The image was transformative.

“I did a little soul searching and thought, there has to be a better way,” Wallace said.

Shortly after her trip, Wallace enrolled in fashion design school, focusing on using eco-friendly fabrics such as organic cottons, and up-cycled or recycled materials.

Eco-fashion has a certain connotation: hiking clothes or a generally “hippy” or “granola” style. But as with everything in fashion, it is open to interpretation. For Wallace, eco-fashion is not just using environmentally friendly fabrics and putting them into the same mold, but expanding the market to contemporary pieces.

Wallace also believes in an often-overlooked way of lowering the carbon footprint: keeping it local. By purchasing local goods, products only travel a few blocks to get to your closet instead of being transported from an ocean away.

Wallace is not alone in her quest to combine fashion with environmental stewardship. She recently partnered with Manufacture New York, a co-op for designers. The pilot program, currently located in Midtown, has 15 designers who share space, technology, and resources.

“It is a bunch of like minded individuals who are looking to make quality clothing locally and reduce their carbon imprint and, in the same breath, support local communities by making it within their local community,” Wallace said. “They are fitting their own designs in that market and supporting eco fabrics, local sellers, and local pattern makers. It is a very buy local type of attitude.”

The 15 designers from the program will join an additional 10 who will showcase their designs at the New York City Ecofest Fashion Show on Aug. 25 in Times Square. The show will feature 12 women’s collections and 5 men’s, boy’s and children’s lines, and 8 accessory collections.

Wallace’s line will offer a contemporary line for people who ride their bikes to work. An avid cyclist, she said she came up with the idea before CitiBike arrived. Now that cycling is becoming more popular, the timing could not be more perfect.

For the first time in its 25-year history in New York, Ecofest is turning Times Square into an environmentally friendly cultural center.

“This is a culmination for us,” said event organizer Nanci Callahan.

According to Callahan, the event is important, and should be a destination for thousands of passers-by. Vendors and booths, including an animal adoption truck, a 10-foot snowman, and an eco-friendly fashion show, will set up booths along Broadway between 45th and 47th streets. Organized and produced by New York’s West Side Cultural Center, Ecofest was hosted in locations like Central Park, Lincoln Centre, and the Intrepid Sea, Air and Space Museum in previous years.

Eco-fashion
Ecofest’s Fashion Show will feature women’s, men’s and children’s clothes as well as accessories. Dozens of local brands are displaying their best designs of evening and work wear as well as eco-friendly wedding gowns.

Snowman
A 10-foot snowman will be featured in this year’s fest, aiming to “underscore the global warming issue in a fun way,” according to eco-activist and inventor Marc Asperas. “I love to surprise people and make them think,” Asperas said in a press release.

Fun for Kids
Children-friendly activities will run throughout the day, including face painting with nontoxic paint, the recycling olympics, an all-day art exhibit by special needs children, and performances by Amazing Ken.

Eco-cars
Alternative-energy vehicles, including those run on electricity, natural-gas, hybrid, fuel cells, and ethanol, as well as prototype solar cars—already in use at some businesses and New York Agencies—will be on display.