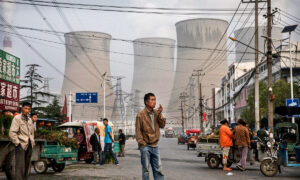 A 5.7-magnitude earthquake hit off the coast of Japan on Saturday morning.

The US Geological Survey reported that the quake was centered off the east coast of Honshu, the main island.

It hit only a few kilometers from Miyako, Yamada, and Otsuchi.

The quake was located about 300 miles from Tokyo and had a depth of 27.9 miles.

SAFFORD, Ariz. (AP) — A moderate earthquake struck in Arizona near the New Mexico line that was widely felt across the region, but no injuries or damages were immediately reported.

It was felt as far away as Phoenix and El Paso, Texas, both about 175 miles from the epicenter, as well in parts of Mexico, which begins some 80 miles to the south.

The U.S. Geological Survey said that the temblor struck at 9:59 p.m. PDT Saturday and was centered in southeastern Arizona, about 35 miles east of Safford.

USGS geophysicist Jana Pursley says it touched off several aftershocks. The agency reported one at magnitude 3.5.

The Hidalgo County Sheriff’s office in New Mexico said it received numerous calls but had no reports of serious problems.

On the other side of the state lines the Graham County Sheriff’s office in Safford said hundreds of people called about feeling the quake.

But Sheriff’s dispatcher Jennifer Taylor said that despite the large number of calls, they had no reports of injury or serious damage.

She said a few callers reported that the natural gas meters in their homes appeared to malfunction.