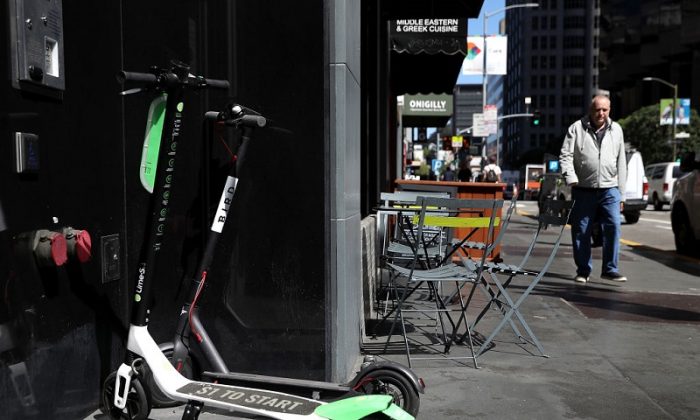 E-Bike and E-Scooter Legislation Could End Crackdown in Manhattan

Currently, delivery workers, business owners, and the general public are subject to $100 to $500 fines for the use and ownership of electric bikes in New York City. This is a challenge for delivery workers, as Executive Director of the Asian American Federation, Joann Yoo explains, “They need those bikes to be able to work 14-hour days in the snow, in rain, in freezing cold weather.”

Yoo added that most delivery workers have to buy their own e-bikes before working—which can cost at least $1,500. She said they do have the option of buying a legal pedal-assisted bike, but if they aren’t making much or aren’t working, how can they afford a $2,000 bike?

To relieve the burden of delivery workers who already own e-bikes, one of the bills would establish an e-bike conversion program that will convert e-bikes into street legal e-bikes—in case the top speed breaks the 20 mph cap.

In 2017, Mayor de Blasio cracked down on e-bikes after he received complaints about riders’ reckless behavior—endangering pedestrians and themselves. Riders were seen going the wrong way down streets and ignoring traffic lights, said de Blasio during the e-bikes enforcement press conference.

City Council member Rafael L. Espinal Jr., argues that although there are reckless riders, this is a stigma attached to e-bike riders and that the e-bike itself shouldn’t be the focus.

“[T]he danger is not the vehicle. It’s not the bike. It’s the behavior of whoever decides to break the law and go against traffic,” he said.

The New York Police Department hasn’t provided any public records showing the number of e-bike-related incidents in the city. Espinal added that e-scooters don’t go any faster than a conventional bicycle.

If passed, the bills would also provide an additional, greener mode of transportation—reducing the city’s carbon footprint by lowering the number of car owners in New York City from 1.4 million to 1 million by 2030 explained City Council member Ydanis Rodríguez.

Rodriguez reminded the audience of the 65 million tourists that visited the city last year. The city should live up to the standard of innovative places like France that already provide e-scooter services, he said.