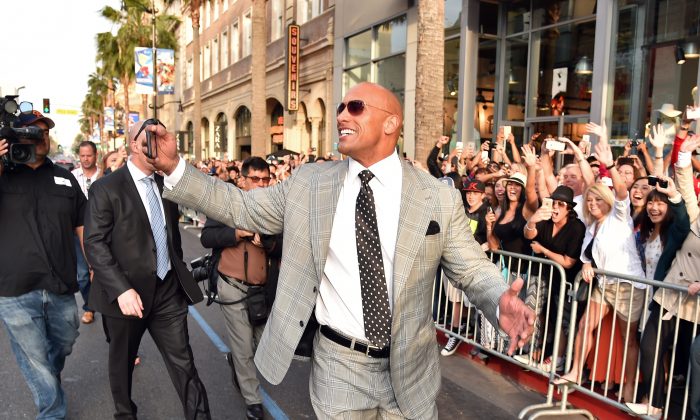 Dwayne "The Rock" Johnson arrives at the premiere of Warner Bros. Pictures' "San Andreas" at TCL Chinese Theatre on May 26, 2015 in Hollywood, California.
2016 race

Wrestler and actor Dwayne “The Rock” Johnson tweeted out on March 25 a positive response to an article calling for Johnson to make a bid for to be president.

“Cool piece on why I should run for President. Maybe one day. Surely the White House has a spot for my pick up truck,” he tweeted.

Cool piece on why I should run for President. Maybe one day. Surely the White House has a spot for my pick up truck..https://t.co/JpkZ4w1eh3

Run by conservative site the Independent Journal, the article outlines nine reasons why Johnson should run for president.

Reasons include his cross-party appeal, his huge fanbase among wrestling fans, and his family-and-conservative social values.

He article also points out that it wouldn’t be unheard of for Johnson to start a political career, pointing to Arnold Schwarzenegger and Jesse Ventura as models for him to follow.