Dwayne Johnson Reveals Whether He’s Running for President: ‘Off the Table’ 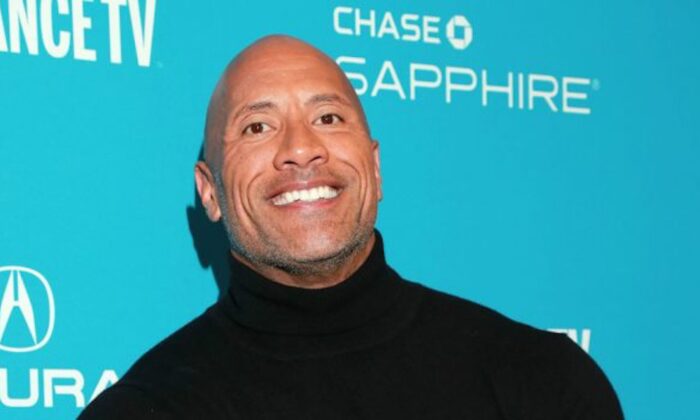 Dwayne "The Rock" Johnson attends the Surprise Screening Of "Fighting With My Family" during the 2019 Sundance Film Festival in Park City, Utah, on Jan. 28, 2019. (Rich Fury/Getty Images)
By Jack Phillips

Actor and former WWE star Dwayne Johnson revealed that he doesn’t want to run for president in 2024.

“It’s off the table. Yes. It is off the table,” Johnson stressed to CBS News in an interview airing Oct. 9, adding that “I love our country and everyone in it. I also love being a daddy.

“Because I know what it was like to be on the road and be so busy that I was absent for a lot of years in my first daughter’s growing up in this critical age and at this critical time in her life,” Johnson, 50, continued in the CBS News interview.

For years, Johnson has publicly floated running for president. In 2017, he said it would be a “real possibility” to launch a bid for the nation’s highest office and also said he wasn’t ruling out campaigning last year.

“I would consider a presidential run in the future if that’s what the people wanted,” Johnson told USA Today in 2021.

But Johnson, who endorsed Democrat Joe Biden in the 2020 White House race, again stressed in the Thursday interview that he is focused on his family.

His comment comes amid speculation on whether Biden, who is set to turn 80 next month, will again run for president in 2024.

“Look, if I were to say to you I’m running again, all of a sudden, a whole range of things come into play that I have, requirements I have to change and move and do in terms of election laws,” Biden said in an interview with “60 Minutes” that aired last month.

Biden stressed that it is “much too early to make that kind of decision” and that “I’m a great respecter of fate.”

“And so, what I’m doing is I’m doing my job. I’m gonna do that job. And within the timeframe that makes sense after this next election cycle here, going into next year, make a judgment on what to do,” he said.

In August, White House press secretary Karine Jean-Pierre asserted told reporters that Biden, the oldest person to ever be president, would run again in two years.