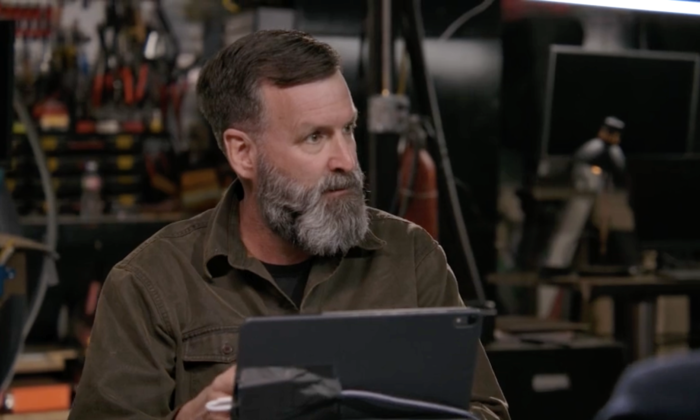 Maybe because I worked in film for years and have some idea how the sausage is made or maybe it’s an outgrowth of my personality, but I rarely cry in the movies.

Nevertheless, midway through Dinesh D’Souza’s new documentary “2000 Mules”—made in close collaboration with Catherine Engelbrecht and Gregg Phillips of True the Vote—to my surprise, I found myself tearing up.

Corny as it may sound, I was crying for the United States of America.

The movie documents with explicit evidence how our democratic republic is being destroyed—may already have been destroyed—through the utter sabotage of our electoral system through a mindbogglingly large network of “mules.”

These “mules” are vote harvesters paid to drop extraordinary numbers of ballots—the movie scrupulously undercounts this for the most part, but you get the idea—in boxes in all the swing states, plus one can only guess how many other states as well.

There is also geo-tracking.

I will have more to say about all that, while observing the reviewer’s rule of not completely ruining the story. But first allow me to say: Absolutely see this movie! Equally, if not more, importantly, try to get your liberal and progressive friends and family to see it. I know this will be difficult, that they will resist at all costs or reject as disinformation what is in front of their eyes, but changing even one mind is worth the effort—possibly even heroic.

For many Epoch Times readers, the first few minutes of this film will seem familiar, although a necessary preamble. The media coverage of the 2020 election is rehearsed, all the way to the events of Jan. 6, 2021, which D’Souza calls at a later point, quite accurately and originally I think, a “primal scream,” not an “insurrection.”

This is followed by a bull session of conservative heavyweights (Larry Elder, Dennis Prager, Sebastian Gorka, Eric Metaxas, Charlie Kirk, and D’Souza). They’re discussing whether the 2020 election was sufficiently corrupted to have changed the result and consequently whether former President Donald Trump should have moved on, as suggested by certain conservative pundits and politicians and by his own former attorney general. (Wouldn’t it be fascinating to watch this movie with him?)

While interesting to see where each one stood on the question, if you didn’t already know—Prager was the agnostic of the group at that point—you might be ready, as I was, to move on.

Cut and you are in the studio of Engelbrecht with Phillips and the movie takes off like the proverbial rocket ship. Indeed, it becomes deeply compelling, so compelling, in fact, that I, watching on a reviewer’s download, would stop the film frequently to take notes before starting again.

Engelbrecht has been about reforming our failing electoral system since 2010, notable since that’s considerably BT (Before Trump), so this didn’t all begin just to counter the countering of Trump. But she, as they say, took it up a notch when she began working with the technologically minded Phillips.

In macro, what Engelbrecht and Phillips have done is to turn on its head what concerns many American citizens—not just conservatives but those who believe in civil liberties in general—that our government and Big Tech, separately and together, have been spying on our activities and whereabouts for years. We already live a life close to the beleaguered Chinese citizens tracked via their “social credit” system.

This is done in our case largely through our ubiquitous cellphones, which, if the right apps are on board, and often we don’t know which is which, are able to track us even when the phone is turned off.

I knew that, but what I didn’t know—and learned almost with a gasp from the film (maybe I was naïve)—was that this tracking information has been gleaned by many local private companies and could be bought for a price.

True the Vote did that and used the geo-tracking to follow many “mules” in their nighttime travels from dropbox to dropbox. These peregrinations were matched with large numbers of videos of the ballot stuffing—staggering numbers, actually—that are available from several of the states, notably Georgia. Others seem to have “lost” them (Arizona).

You get to watch many of these videos in the film. I predict your mouth will be open, as was mine.

“2000 Mules” offers several mathematical formulations—depending on the number of drop boxes, the number of “mules,” how many ballots per “mule” and so forth—for how this stuffing of the drop boxes affected the overall election, none of them good for Team Biden.

In case you’re interested, the “mules,” according to a whistleblower, got $10 per vote, more during the Georgia Senate runoff.

More importantly, who are these drivers, who are the “mules” who are doing all this? Well, they vary, but while Engelbrecht and Phillips were exploring proofs for the accuracy of their system, including replicating a known crime via their geo-tracking, something interesting came up.

Guess whose activities and movements amazingly matched those of the “mules” in several instances via that same geo-tracking?

Ever heard of “Antifa”?

Okay, go see this film and help it “move the needle.” To do so, go to 2000Mules.com. It will also be available for digital download on Rumble-owned platform Locals, and Salem Media platform SalemNow. None of these are cancelable.