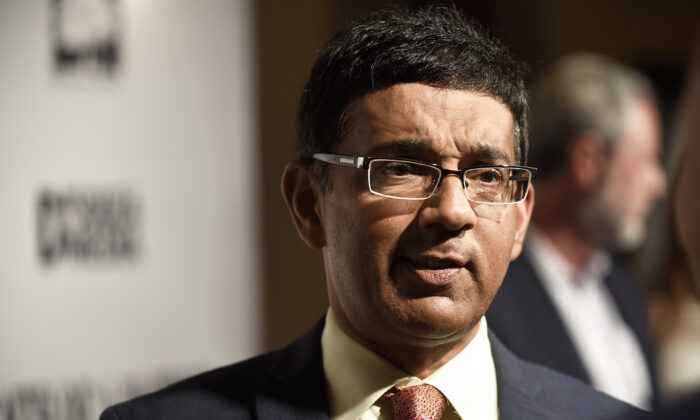 Dinesh D’Souza’s new documentary hauled in over $1 million on a streaming website in just 12 hours.

Viewers paid to watch “2000 Mules” on Rumble and its platform Locals after the movie became available to rent on May 7 at noon, Rumble announced.

“The success of ‘2000 Mules’ on Rumble is a great sign for creators who do not want to be silenced or censored for their speech,” D’Souza said in a statement.

“Supporting creative independence is core to our values, and we are thrilled to offer creators a new way to distribute and sell movies independently,” Assaf Lev, the president of Locals, added.

The film was screened at theaters across the country before it became available to stream online.

Described as an expose of “widespread, coordinated voter fraud in the 2020 election,” the movie draws on cellphone location data paired with video surveillance that captured people dropping ballots off at drop boxes, boxes situated outdoors where people can drop off ballots.

While some states allow people to gather ballots from certain people and drop them off, the volume of ballots inserted into the boxes and the fact that the people—described as mules—went to multiple boxes to drop ballots off, showed what happened was illegal, filmmakers say.

The scale of the operation was enough to tip the 2020 election, he said.

Former President Donald Trump and other Republicans have urged supporters to see the movie.

Rep. Mo Brooks (R-Ala.) called it “revealing and sickening” while Rep. Paul Gosar (R-Ariz.) put it forth after being asked for recommendations for a good war movie.

Rep. Louie Gohmert (R-Texas) was among those watching the documentary at Mar-a-Lago, Trump’s resort in Florida, calling it afterward a “great work by some serious investigators.”

But not everybody has agreed.

Many elections officials say they investigated claims of voter fraud and substantiated few of the cases.

Georgia Secretary of State Brad Raffensperger, a Republican, said during a recent debate that his office investigated complaints, including video footage showing a man dropping off ballots into a drop box.

“We investigated, and the five ballots that he turned in were all for himself and his family members,” he said.

The Michigan Secretary of State’s office, meanwhile, told The Epoch Times that the movie did not show anything illegal.