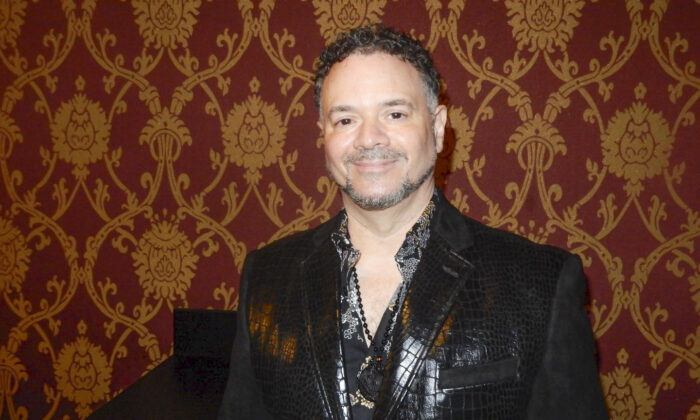 Drummer David Rizza at the May 7 performance of Shen Yun in Providence, Rhode Island. (Wei Yong Zhu/ The Epoch Times)

PROVIDENCE, R.I.—Drummer David Rizza plays with a Caribbean band in New York City. As soon as he saw and heard Shen Yun, he was speechless.

“It was amazing. I love the choreography, and the way they move, the fluidness,” he said.

Shen Yun presents classical Chinese dance, together with an orchestra, they tour the world annually from its home base in New York. Each year it produces a new program that highlights the stories and traditions from ancient China—a culture at risk of being lost forever under the communist regime.

Combining original choreography and musical compositions as well as colorful costuming and a patented digital backdrop, Shen Yun brings a unique experience to its viewers.

In particular, Shen Yun’s East-meets-West orchestra reached a level of perfection that Mr. Rizza hardly could believe it was all done live.

“The way they played, it was so good I actually thought it was a recording, I didn’t know it was live. It was beautiful.”

In the second half, Shen Yun’s emcees introduce the Shen Yun orchestra and its instruments, many of which have of years of history in China.

“The way that the musicians choreographed with the entertainers—it was perfect. Everything was timed perfectly, the way they jumped in and out of the video—everything that they did, it’s like everybody knew exactly what they were doing when to do it and how to do it,” commented Mr. Rizza.

“It’s above a ten. If I could give above a ten they would get more than a ten,” he said.