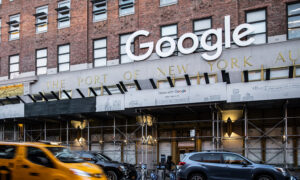 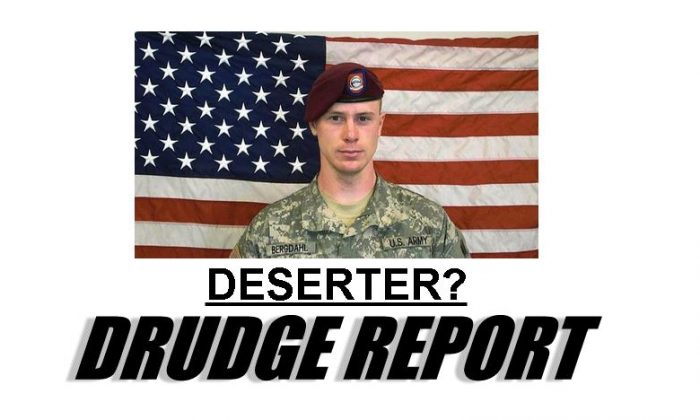 Drudge Report, the popular conservative website, is highlighting an article that explores whether recovered American prisoner-of-war is in fact a “deserter.”

At the top of Drudge’s website, a photo of Bowe Bergdahl is shown. Alongside the large “Drudge Report” text is just one word. “Deserter?”

The site links to a New York Post article that includes a quote from former Sgt. Matt Vierkant talking to CNN.

“I was pissed off then and I am even more so now with everything going on,” he said. “Bowe Bergdahl deserted during a time of war and his fellow Americans lost their lives searching for him.”

Six soldiers died during the search.

“He walked off,” said another comrade of Bergdahl’s, former Pfc. Jose Baggett.

“He left his guard post. Nobody knows if he defected or he’s a traitor or he was kidnapped. What I do know is he was there to protect us and instead he decided to defer from America and go and do his own thing. I don’t know why he decided to do that, but we spend so much of our resources and some of those resources were soldiers’ lives.”

The soldiers who died during the search for Bowe Bergdahl. (Facebook)

The quotes follow a long series of posts by a Twitter user who claims that he served with Bergdahl in Afghanistan, and that Bergdahl seemed to be gathering intelligence before he mysteriously walked off one night.

Critics of Bergdahl have even made a Facebook page that links to a  petition demanding that Bergdahl be prosecuted.

“Punish Bowe Bergdahl for walking off base with intent to not support the War On terror. Bowe Bergdahl broke several Articles under the Uniform Code of Military Justice and needs to be punished not rewarded,” according to the petition.

“Bowe Bergdahl, directly disobeyed the following articles Article 86 AWOL and Article 85 Desertion. both articles call for trial by court martial. He is not a hero and is directly responsible for several military members death. Bring punishment to Bowe Bergdahl and let the public know that the military holds all members to the same standard.”

Drudge also links to a number of other articles about Bergdahl, including one that quotes a former federal prosecutor who says that the prisoner swap could lead to the impeachment of President Barack Obama.