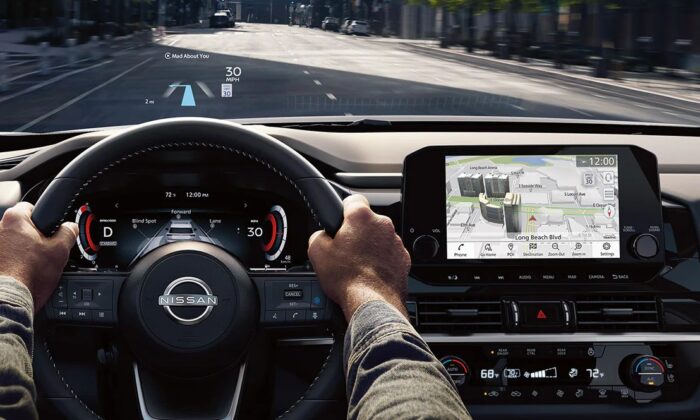 Undated image of a digital dashboard in a Nissan car. (Courtesy of Nissan)
UK

The Alliance of British Drivers (ABD) has urged the British government not to follow the European Union, which has this week made it mandatory for all new cars, vans, and lorries to be fitted with Intelligent Speed Assistance (ISA) technology.

ISA detects speed limits on roads through satnavs and other devices and gives audible or vibrating warnings, or even gives extra resistance on the accelerator pedal. Some versions actually bypass the driver and automatically reduce the speed of the car.

The ABD, in an email to The Epoch Times, said they had “grave concerns” about ISA, which they fear could cause more rear-ending crashes and would also prevent motorists from accelerating out of dangerous situations on the roads.

The new rules came into force across the 27-nation bloc on Wednesday, but the Department for Transport in Britain has yet to decide whether to insist on ISA for cars sold in Britain.

British manufacturers like Nissan, Jaguar, and Range Rover will have to include the speed limiters on any cars exported to the E.U.

ABD spokesman Ian Taylor said part of the problem is that speed limits on many urban roads in Britain have been reduced to levels which are far below what is necessary for safety reasons. Cities like Brighton, Bristol, Bath, and Edinburgh and many London boroughs have introduced a 20 miles per hour limit across all roads.

Taylor told The Epoch Times, by email: “Speed limits were initially designed to be set at the maximum safe speed for the road. … If such regulations were still in place ISA would not cause so many issues. Most drivers would naturally be below the limit. Sadly the UK no longer follows the science on limits. They are now set by unqualified local and national politicians, often against the advice of police experts to pander to local equally unqualified campaigners.”

The Department for Transport (DfT) said it was assessing ISA technology but had made no decision yet on whether it would be mandatory in Britain.

But they added that the government was committed to “using innovative technology to improve road safety.”

DfT figures show speeding is responsible for one in six fatalities on Britain’s roads and the number of UK road deaths has plateaued—at around 1,850—since 2010, with the exception of 2020 when there was a huge reduction in vehicles on the roads.

But Taylor said: “ISA cars could become mobile road blocks travelling below the speed of naturally free-flowing traffic in badly set limit areas and suddenly slowing unexpectedly. The number of speed limiters already in use in commercial vehicles has started demonstrating this.”

Mike Hawes, chief executive of the Society of Motor Manufacturers and Traders, said: “The UK has some of the safest roads in the world, but action to improve our record still further should be welcomed. With the heavily integrated nature of the UK and European automotive sectors, regulatory divergence is not advantageous for either party.”