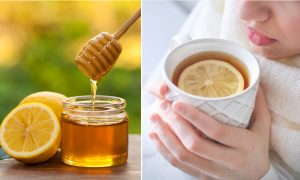 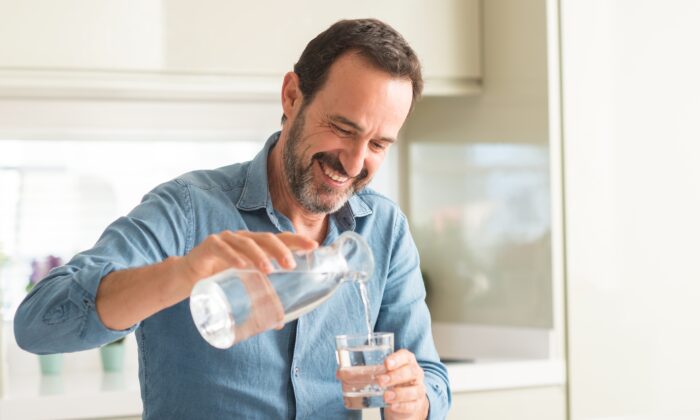 Drinking water is great for us in many ways, and the habit of drinking water consistently may also have an effect on us over time. (Shift Drive/Shutterstock)
Mind & Body

New research has found a link between drinking water and a reduced risk of heart failure. According to research presented at ESC Congress 2021, staying hydrated throughout life could reduce the risk of developing heart failure.

Daily fluid intake recommendations range from 56 to 74 ounces (1.6 to 2.2 liters) for women and 70 to 105 ounces (2 to 3 liters) for men. However, across the world, people rarely consume even the lower ends of these ranges.

When the body isn’t properly hydrated, the concentration of serum sodium increases. This directs the body to conserve water, activating a process known to contribute to the development of heart failure.

Studies have shown that serum sodium concentration remains within a narrow range over long periods. Previously, many people had thought that hydration and serum sodium would change day to day, depending on water intake. Unfortunately, this isn’t true, and it’s more likely related to habitual fluid consumption.

For this study, researchers examined whether serum sodium concentration in middle age could predict the development of heart failure 25 years later. The connection between hydration and the thickening of the walls of the heart’s main pumping chamber was also examined due to it being known as a precursor to heart failure diagnosis.

The study included 15,792 adults who were enrolled in the Atherosclerosis Risk in Communities (ARIC) research group. All participants were between ages 44 to 66 years and were evaluated over five visits until the age 70 to 90.

All participants were divided into four groups based on their serum sodium concentration at the beginning of the study. For each sodium group, the researchers examined the population who developed heart failure and left ventricular hypertrophy during the fifth visit, 25 years later.

Study author Dr. Natalia Dmitrieva concluded: “The results suggest that good hydration throughout life may decrease the risk of developing left ventricular hypertrophy and heart failure. In addition, our finding that serum sodium exceeding 142mmol/l increases the risk of adverse effects in the heart may help to identify people who could benefit from an evaluation of their hydration level.

This sodium level is within the normal range and wouldn’t be labeled as abnormal in lab test results but could be used by physicians during regular physical exams to identify people whose usual fluid intake should be assessed.”

Sarah Cownley earned a diploma in nutritional therapy from Health Sciences Academy in London, and she enjoys helping others by teaching healthy lifestyle changes through her personal consultations and with her regular contributions to the Doctors Health Press. This article was originally published on Bel Marra Health.