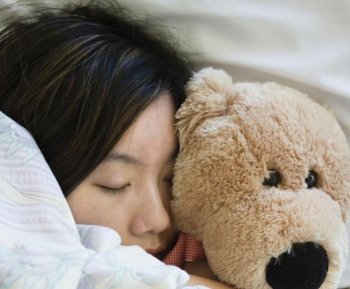 Dreaming and visual imagery seem to involve some of the same higher-level visual brain areas. (The Epoch Times)
Science

Japanese researchers can predict aspects of people’s dreams by studying their brain activity while asleep.

Using functional neuroimaging, the team scanned three participants’ brains while asleep, and measured their brain waves with electroencephalography (EEG) so a participant could be woken up as soon as they started sleeping to ask about their dream content.

Each session lasted three hours and participants were woken up 10 times per hour, producing a total of about 200 dream reports. Twenty categories were selected based on the most frequent keywords, for example car and computer.

Each category was then represented with photos and the participants’ brains were scanned while viewing the images. These brain activity patterns were compared with those recorded during sleep.

“We built a model to predict whether each category of content was present in the dreams,” study lead author Yukiyasu Kamitani at the ATR Computational Neuroscience Laboratories told Nature News.

“By analyzing the brain activity during the nine seconds before we woke the subjects, we could predict whether a man is in the dream or not, for instance, with an accuracy of 75 to 80 percent.”

Based on this research, dreaming and visual imagery seem to involve some of the same higher-level visual brain areas.

“It also seems to suggest that our recall of dreams is based on short-term memory, because dream decoding was most accurate in the tens of seconds before waking,” noted neuroscientist Jack Gallant at the University of California-Berkeley, according to Nature News.

The team is repeating this approach with the rapid eye movement (REM) stage of sleep, which is also associated with dreaming, which is more challenging because they must wait at least one hour before sleeping subjects reach that stage.