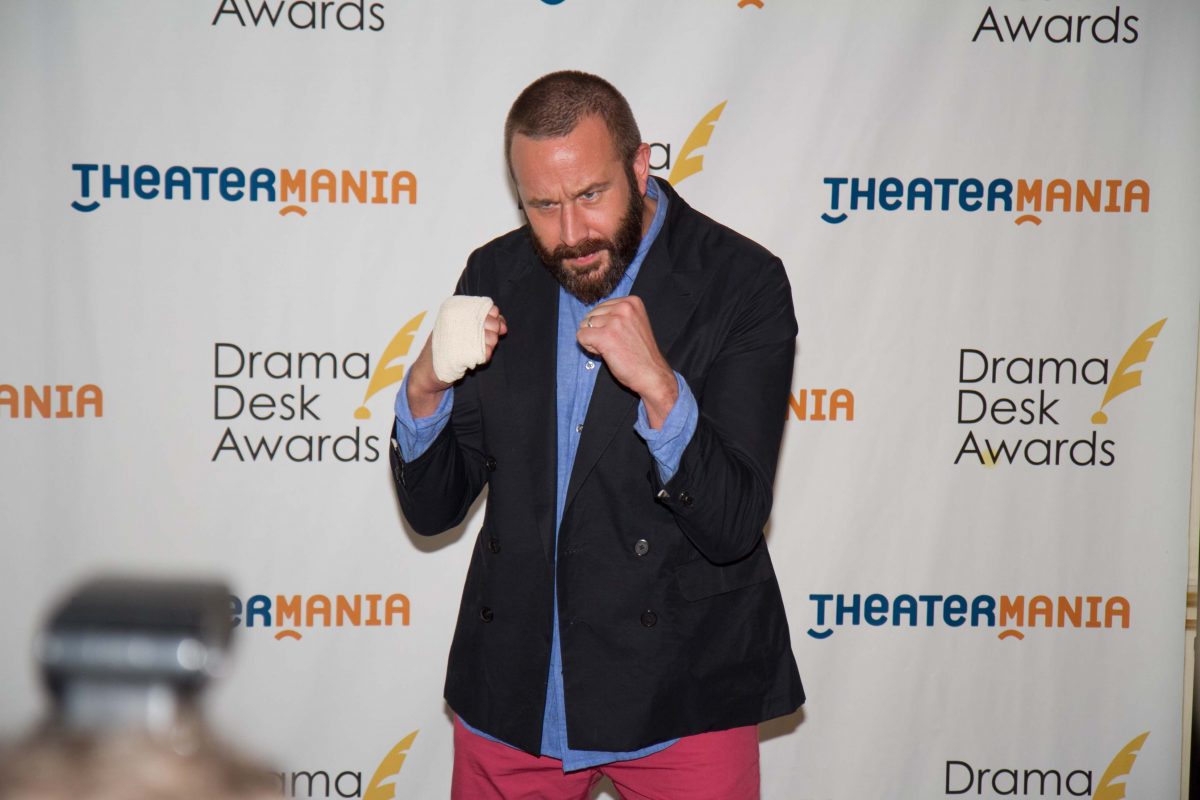 Chris O’Dowd, nominated for his performance in “Of Mice and Men.”(Benjamin Chasteen/Epoch Times)
Arts & Culture

A lively group of journalists and photographers gathered to get quotes and photos of some of the stars who promised to be in attendance. Following a tasty buffet breakfast, the wait was rewarded. Just a few of the luminaries attending included Tyne Daly (nominated for Outstanding Actress in a Play, “Mothers and Sons”) and Barbara Andres (same category, “I Remember Mama”).

With so many marvelous performances this season, the above as well as several other categories are expected to be highly competitive. The final tally, with winners selected by the voting membership of the Drama Desk, is to be announced at the Awards Ceremony on June 1 at The Town Hall in Manhattan.

However, with both the public and the press so much centered on the stars who bring in the audiences, arguably more attention will be given to such categories as Outstanding Actor in a Play, with nominees including Bryan Cranston (“All the Way”), Chris O’Dowd (“Of Mice and Men”), Ian McKellen (“No Man’s Land”), Daniel Radcliffe (“The Cripple of Inishmaan”), and Denzel Washington (“A Raisin in the Sun”).

Kelli O’Hara (“The Bridges of Madison County”) and Idina Menzel (“If/Then”) are just two of the competitors in the Outstanding Actress in a Musical category.

Some productions have received nominations in more than one category. The strongest example of this is “A Gentleman’s Guide to Love & Murder” (12 nominations).

The Drama Desk was founded in 1949 to explore key issues in the theater and to bring together critics and writers in an effort to support ongoing development of theater in New York. It is the only critics’ organization to honor achievement in Broadway, Off Broadway, and Off-Off Broadway productions in the same categories. The June 1 presentation promises to be a lively event.