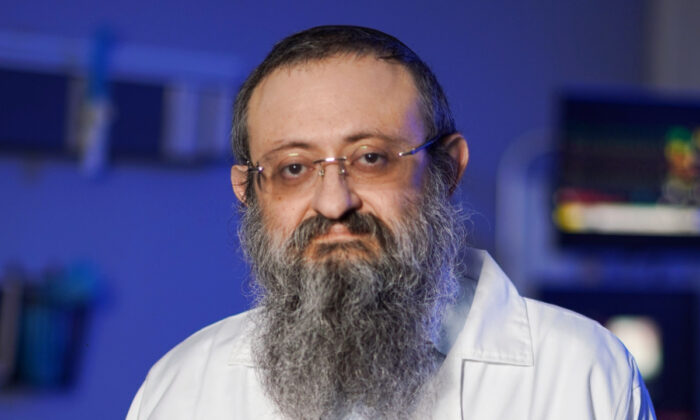 Dr. Vladimir Zelenko, a Nobel prize-nominated physician who famously discovered and used an early treatment for COVID, dubbed the “Zelenko Protocol,” passed on June 30, 2022, at the age of 48 after a long battle with pulmonary artery sarcoma, a rare form of cancer.

Zelenko earned a B.S. in chemistry with high honors at Hofstra University and then earned an M.D. at the Buffalo School of Medicine in 2000.

He had been practicing in Monroe, New York, in 2020 during the outbreak of COVID-19, and is credited with having treated about 7,500 patients with his method.

The doctor, who could not sit back and wait for politicians and health officials to agree on prescribed treatments, came up with the “Zelenko Protocol”—a combination of hydroxychloroquine (HCQ), zinc, azithromycin, and other drugs, including steroids.

He credited divine intervention for the discovery of the abovementioned treatment.

Several experts and doctors who knew him personally expressed their condolences and praised his achievements.

“Dr. Zelenko was not just our hero, he was a man of God,” Kevin Jenkins, co-chair of the Zelenko Freedom Foundation, told The Epoch Times.

“Two years ago, he stepped into the fire to save humanity. The world is better off today because of his God Courage. Our prayers and love go out to Zev’s friends and family. At the Zelenko Freedom Foundation, his dream for the world will never be forgotten. We will work tirelessly to further his legacy and encourage everyone who is worried about the growing menace of medical tyranny to stand with us and make a positive change,” Jenkins added.

The other co-chair of the Zelenko Freedom Foundation, Ann Vandersteel, told The Epoch Times: “Dr. Zelenko was a course correction for humanity. As a man of God, his faith gave him the strength to stand in the breach and deliver his life saving Zelenko Protocol when the medical community faltered. His Protocol saved millions of lives worldwide and is a standard of care for physicians who honor their Hippocratic oath.”

Zelenko, also known as “Zev,” had sent a letter to then-President Donald Trump about hydroxychloroquine.

“I recall hearing President Trump during a March 2020 press conference talk about a letter he received from a country doctor in upstate NY. That letter that saved millions of lives. Zev had discovered that hydroxychloroquine was, in fact, an efficacious treatment for coronavirus. I believe that was the beginning of the end of big pharma, and with the public’s support, we will continue Zev’s fight through the Zelenko Freedom Foundation,” Vandersteel said.

In March 2020, Dr. Christiane Northrup, a fellow of the American College of Obstetrics and Gynecology, had just testified in favor of LD798, a law titled “An Act to Protect Maine Children and Students from Preventable Diseases by Repealing Certain Exemptions from the Laws Governing Immunization Requirements” at the Maine state House.

The law was a referendum to overturn the vaccine mandate law in Maine.

“The referendum failed by one vote—and as a result, all Maine children going to nursery school, college, and public school are now required to get at least 72 shots by the age of 18,” Northrup told The Epoch Times.

“My colleagues were also testifying in their state legislatures—but to no avail. A hidden agenda was being played out. And it included this thing we call COVID, which my colleague Dr. Lawrence Palevsky correctly called ‘a poison’ right from the beginning. Whatever COVID was or is, it was clear that there was a hidden agenda playing out in the background. It made no sense. Everything shut down overnight, and the mainstream media began scaring people to death. I knew that something was way off from the very beginning—but anything I posted on social media that ran counter to the official ‘COVID narrative’ was met with censorship and defamatory articles in the press. It was at that time that I first heard about the Zelenko protocol from an acupuncturist colleague in Brooklyn. And began letting people know about it. And that they had nothing to fear. You see, Dr. Zev Zelenko who was at ground zero in New York City and his Orthodox Jewish community was particularly hard hit. Through a combination of research and Divine inspiration, Dr. Zelenko came up with a combination of hydroxychloroquine (HCQ), zinc, vitamin C, vitamin D, etc. Even President Trump called him and began to report on the success of HCQ. That’s when things got even worse.”

Northrup had no idea that the media would start attacking Zelenko and his reputation, including their own colleagues.

“Throughout it all, Dr. Zev Zelenko fearlessly stood up for his patients—and the rest of us—saving millions of lives. He called out those institutions that were censoring and attacking him and other truth tellers. His testimony before the Rabbinical Court in Israel was particularly impactful. He told the truth straight out—and never backed down like so many others have. Instead, he put it all on the line—his career, his reputation, his health. And he continued telling the truth fearlessly until the moment he took his last breath. I had the good fortune to meet Dr. Zelenko on a private zoom and experience, personally, what a great Lion of God he was. Dr. Zelenko was a living legend. And he will be remembered by millions of us with love and gratitude,” Northrup said.

Vaccinologist Dr. Robert Malone, a key contributor to mRNA technology, posted a video titled “Eulogy for a selfless Truth Warrior” on his substack on July 1, a documentary about Zelenko.

“The entire team at FLCCC is saddened to hear of the loss of a great friend and fellow supporter of early treatment for COVID-19. We extend our deepest condolences and sympathies to the Zelenko family and pray they find the strength to see them through this difficult time,” the group stated.

“Dr. Zelenko stepped up and fought for access to early treatment when few others did,” President and Chief Medical Officer of FLCCC Dr. Pierre Kory said. “He had a huge impact, and his loss will be felt by many.”