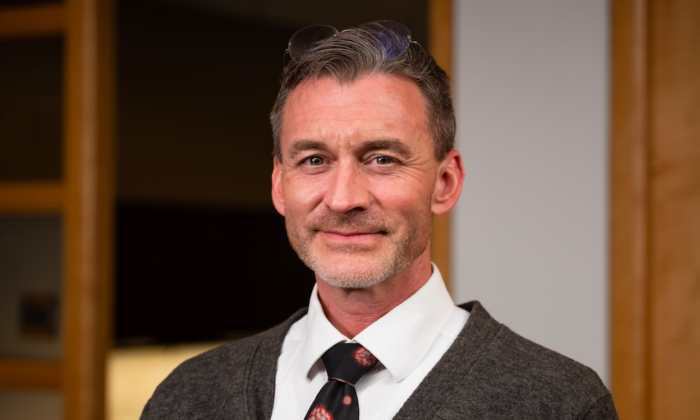 Meiling Lee
Meiling Lee is a health reporter for The Epoch Times. Contact her by emailing meiling.lee@epochtimes.nyc
View profile
Follow
and Jan Jekielek

Dr. Ryan Cole, pathologist and founder of Cole Diagnostics, says that he is observing a concerning pattern of certain cancers after the rollout of the COVID-19 vaccines and that rigorous studies need to be conducted.

Cole, who examines about 40,000 biopsies a year, said he first noticed an increase in a contagious skin disorder, molluscum contagiosum, in the older adults that were part of the first group to receive the COVID-19 vaccine.

“So I get a lot of skin cancer biopsies from the dermatologist and family doctors around the country in my region, and I started noticing an uptick in this bump that I usually see in children, in the elderly … I never see this, this is an infection of childhood and not the elderly,” Cole said. “And then I started seeing more and then more, and I thought, ‘Wait a minute—this is immune dysregulation of some sort.'”

Molluscum contagiosum, normally seen in children, is a viral skin infection that causes small round, firm bumps with a small dimple in the middle caused by a poxvirus. The skin disorder is not painful but can cause itchiness, and spreads via skin-to-skin contact with an infected individual or from touching contaminated things. The infection in children with a healthy immune system usually clears up on its own and “by the time you’re in your tweens or teens, your immune system keeps it in check,” Cole says.

“So I saw that bump, I saw that immune dysregulation, I thought, ‘Houston, we have a problem’ because that line of cells, that line of T-cells that keeps viruses in check, that family of cells also keeps cancers in check,” Cole added.

T-cells, also called T lymphocytes, are a type of white blood cell that plays an important role in keeping people healthy by protecting them from infection. As part of the adaptive immune system, T-cells circulate in the body searching for viruses or cancer cells and killing them. They also indirectly help in fighting cancer by organizing an immune response.

Soon after noticing the disturbing trend of the skin disorder, Cole began observing an uptick in cancer.

“Well, at the same time, about a month or two later, all of a sudden there are certain types of cancers that I commonly see in the laboratory—after 500,000 patients you kind of have an idea year over year what you’re seeing—I started seeing endometrial cancers go up, and melanomas I started seeing thicker and earlier as well.”

In his travels across the country giving presentations, Cole has met other doctors who echo his observations. One radiation oncologist told him, “I am seeing cancers that we normally keep in check, and we know we can manage this cancer and the patient will get two, three, five, six good years of life. But they got their shot or they got their booster, and then two months later, their cancer is a wildfire.”

Cole says the pattern he was seeing with cancer and the skin disorder was likely due to a combination of people not seeing their doctor during the lockdown and the timeframe in which people were getting vaccinated.

A Netherlands study helped explain the elevation of cancers that he was observing in his laboratory.

“There was a really good paper by Dr. Föhse et al. out of the Netherlands looking at the Pfizer vaccines and they did a pretty good analysis of the immune system after the shots,” Cole said. “And their conclusion was alarming and concerning in the sense that it said, ‘We’re seeing an alteration of the innate immune response.’”

The authors of the study concluded that the Pfizer COVID-19 vaccine induces the “effects on both the adaptive and the innate branch of immunity” and the “reprogramming of innate immune responses.”

The Netherlands study—which has yet to be peer-reviewed—has not been updated since it was posted on the medRxiv website in May 2021. One of the authors told The Epoch Times via email that the study is still ongoing “with longer follow-up.”

Cole says that studies need to be conducted to investigate whether the COVID-19 vaccines are as “safe and effective” as promoted.

“When something is novel and new—i.e. these gene injections—to stimulate an immune response, that’s novel and new, so we should take this approach of the French legal system: guilty until proven innocent,” Cole said.

“Every adverse reaction, every odd pattern outside the norm after the shots should have triggered a red flag to say, ‘We need to do an autopsy on that death, it was proximate to their shots,’ or ‘Gosh, this patient that was healthy and well, now is not so healthy and well. We need to investigate is this related to this new experimental modality that we’re putting onto a broad world population,’” he added.

The federal health authorities, according to Cole, should have already conducted an age stratification study on cancer upticks and the COVID-19 vaccines as data already exists.

“It would be really easy for the insurance companies and the government to do a statistical age bracket analysis for every type of cancer because we have to code, when we put on our reports what type of cancer, what code it gets. We could do an age stratification to very easily look at upticks post rollout of the shots,” Cole said.

“And you can do a very easy comparative cohort of that against the unvaccinated, those who have chosen not to get the shots, and you could do it from 2018 to 2019. We have the datasets and these should be open public record.”

The National Institutes of Health did not respond to an inquiry asking if the agency is looking into whether COVID-19 vaccines may cause a recurrence of cancer and if trials are being conducted.

Cole says that these studies need to be done since “lives are on the line.”

“I could be wrong in my assessment and if I am, I want to know,” Cole said. “This is about humanity, this is about, ‘Is there harm or not?’ If there is a signal, then we need to change what we’re doing quickly.”

“Because lives are on the line here. if this is supposedly a pandemic, we should be doing the most assiduous scientific pursuit of anything we’ve ever done.”

According to the American Cancer Society, after heart disease, cancer is the second most common cause of death in the United States. It is estimated that there will be 1.9 million new cancer cases and 609,360 cancer deaths this year.

The numbers do not “account for the effect the COVID-19 pandemic has likely had on cancer diagnoses and deaths because they are projections based on reported cases through 2018 and deaths through 2019,” the cancer society said.