Dozens of Ex-FBI Agents Back Whistleblower Who Accused Agency of Political Bias: Report 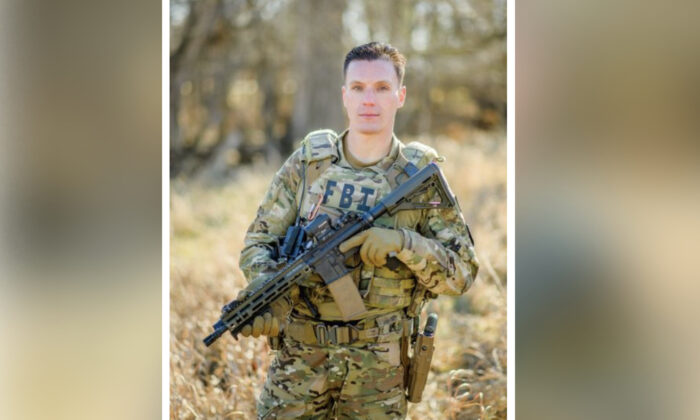 Thirty former FBI agents have issued messages of support for suspended whistleblower Steve Friend, who alleged political bias at the agency over its handling of the Jan. 6, 2021, Capitol breach probe.

Among the former agents expressing support for Friend include a retired deputy assistant director and five former SWAT team members, according to the New York Post.

Friend wrote in a declaration made public on Sept. 26 that the FBI had been using heavy-handed tactics on some suspects in the Jan. 6, 2021, breach of the U.S. Capitol, citing a case in which a SWAT team was used to make an arrest on misdemeanor charges, which he called “inappropriate.”

The whistleblower also accused the agency of violating the Justice Department’s guidelines for the FBI’s domestic investigations (pdf) by resorting to “atypical” procedures in the handling of Jan. 6, 2021, probes.

He claimed that the FBI had diminished the role of field offices and field agents in the Jan. 6, 2021, investigations by centralizing case management to the FBI’s J6 Task Force.

“Resultantly, there are active criminal investigations of J6 subjects in which I am listed as the ‘Case Agent,’ but have not done any investigative work,” Friend stated.

The whistleblower added that J6 Task Force members are listed as affiants on search and arrest warrant affidavits where he’s listed as a “case agent” but never interviewed the subjects or investigated the cases.

He also alleged that the FBI was deprioritizing child sexual abuse investigations in favor of domestic terror probes.

Friend’s lawyer told The Epoch Times in an earlier emailed statement that Friend is still employed by the FBI but remains suspended without pay.

“It’s time to stop the FBI from being the enforcer of a political party’s ideology,” stated one of the messages attributed to retired FBI agent Ernie Tibaldi, according to the NY Post.

“We need to reestablish the FBI as the apolitical and independent law enforcement entity that it always was.”

He praised Friend for having the courage to say no “to the current bunch of FBI bureaucrats and tyrants.”

Another former SWAT team member told the NY Post he had taken part in numerous raids, all of which were limited to “serious felonies.”

Other messages were in a similar vein, with some commending Friend for showing “courage” and another calling him “an American hero.”

Friend, who has refused to take part in future operations relating to the Jan. 6, 2021, probe, has had his security clearance suspended pending an investigation. He has also been stripped of his credentials, firearm, and badge.

“Ultimately, rather than reassigning Special Agent Friend other tasks as he requested, FBI leadership apparently made the choice to retaliate against and make an example of him,” the senators wrote in a Sept. 26 letter to FBI Director Christopher Wray.

“The alleged actions by FBI senior leadership are unacceptable and send exactly the wrong message.”

The FBI stated in an earlier email to The Epoch Times that it had received the letter from Grassley and Johnson and that whistleblowers are “protected against retaliation.”

“While we cannot comment on the specifics of personnel matters, all FBI employees understand they are held to the highest standards because their work is critical to fulfilling our mission of protecting the American people and upholding the Constitution of the United States. Employees who don’t carry out their responsibilities are held accountable through an objective administrative process,” an FBI spokesperson wrote.

“FBI employees who report evidence of wrongdoing through a protected disclosure are protected from retaliation. Such reporting supports the FBI’s mission and is fully consistent with our core values.”