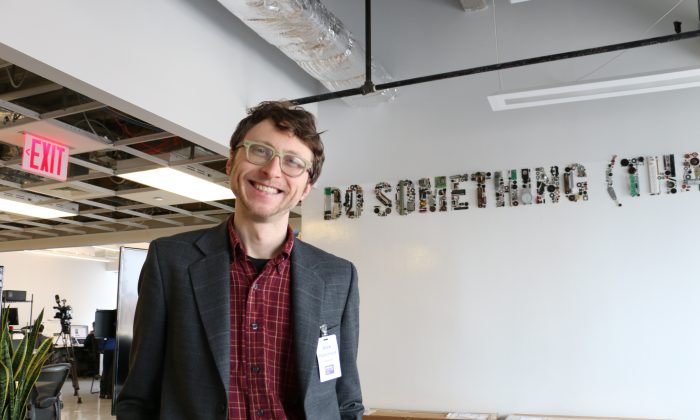 NEW YORK—March 13 was the official opening of the Urban Future Lab, an incubator in downtown Brooklyn for startup companies. The incubator will support entrepreneurs in a variety of fields who are focused on providing solutions to sustainability, energy, and resilience issues.

This is the third incubator opened in partnership by NYU Polytechnic School of Engineering and the New York City Economic Development Corporation.

The facility is 10,000 square feet and can house up to 20 startup companies. Startups can utilize the space for up to 1.5-2 years and take advantage of the support provided in the incubator before branching out on their own.

“Supporting the Urban Future Lab supports promising startups focused on green technologies, helping them overcome the obstacles they face while providing affordable space, mentorship, opportunities to showcase their innovations, and interact with the venture capital community,” said NYCEDC President Kyle Kimball at the opening ceremony of the incubator.

Micah Kotch is the director of Innovation and Entrepreneurship at NYU Polytechnic. He oversaw the launch of all the NYU Polytechnic incubators and served as a mentor for startup employees working in them.

“We talk about six key things: talent—we provide [the startups] with human capital, services like pro bono legal, expertise on how to price their product for wherever their core needs are, access to capital sources—introduction to investors, introduction to customers, and community, which tends to be one of the bigger things that they ask for,” said Kotch.

NYU Polytechnic has other incubation spaces in the city including one on Varick Street at Hudson Square and another in DUMBO. This newest addition is special because it is a multi-use space devoted to three purposes: business incubation, product exhibition, and educational programming and workshops. Some companies have already moved into the new space.

“This place is almost like being in a Fortune 500 company. Just the look, the feel, the veneer of it, and the professionalism,” said James Hendon, Chief Operating Officer of startup company Blocpower. “The amenities that we have access to are things that we otherwise would not if we were just on our own… but the number one benefit from being a part of the Urban Future Lab is the fellow businesses.”

“You end up having conversations with other startups that are doing completely different things, but there’s always something to learn from start up entrepreneur experience,” said Alex Pasternack, co-founder of Bandwagon, a company that developed an app to help travelers share taxis.

Travelers can use Bandwagon to bypass the long taxi line at the airport by sharing a ride with others traveling in a similar direction. They can save money and reduce pollution at the same.

In total, there are currently 57 startups in the NYU and city partnership incubators. These companies have raised $100 million in investment capital and created 1000 new jobs. 43 of these companies graduated to a bigger space in NYC or were acquired.

Applications to occupy the Urban Future Lab are now open to companies around the world.