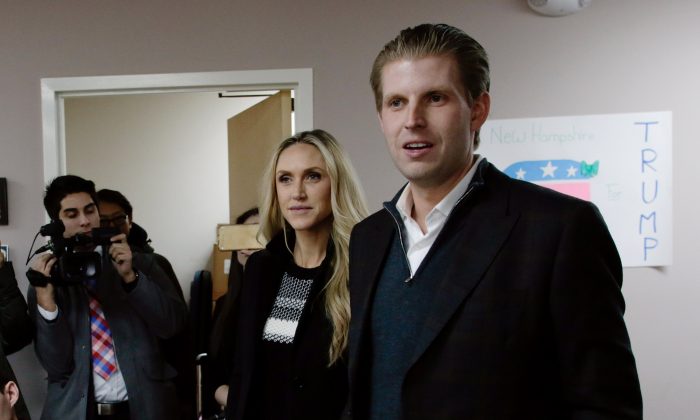 Postmarked from Massachusetts, the letter threatened to harm the Republican frontrunner’s children if the candidate doesn’t drop out of his bid for the president, a Trump organization source told ABC News.

“If you father does not drop out of the race, the next envelope won’t be a fake.”

“If you father does not drop out of the race, the next envelope won’t be a fake.” It was signed “X.”

The powder was brought to a lab for testing, and an initial field test found it to be harmless.

The NYPD released the following statement:

At approximately 7:15 p.m., the NYPD responded to a residential building at 100 Central Park South to investigate a report of a suspicious letter received by a tenant. The letter has been removed and is being examined by law enforcement authorities. No injuries have been reported in connection with this incident.

Eric Trump is 32 years old and lives at Trump Parc East at the 100 Central Park South apartment. The letter was discovered by his wife, Lara who opened it in their kitchen when the white powder fell out, the ABC source revealed.