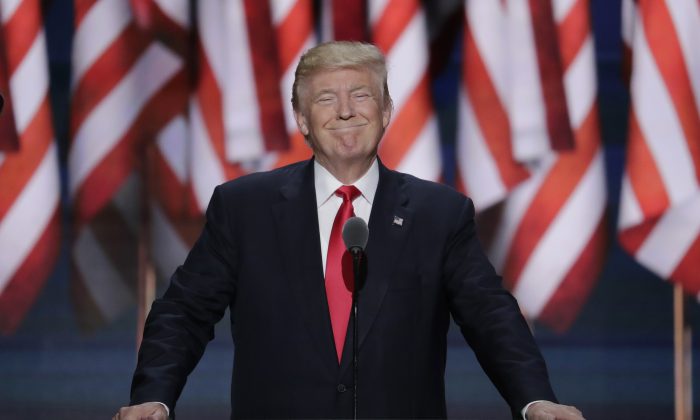 The anticipation over Donald Trump’s tax returns is over.

“Mr. Trump has said that his taxes are under audit and he will not be releasing them,” Trump campaign chief Paul Manafort told “CBS This Morning” on Wednesday.

President Richard Nixon released his tax filings in the midst of an IRS audit.

Trump has been fickle about releasing his own tax filings. The Republican nominee had previously reassured the public he’d be open to releasing his returns.

During an appearance on “Fox and Friends” in 2012, the 70-year-old stated if he were to run for president, he’d be willing to release his tax returns.

In 2014, Trump said on an Irish television show, “If I decide to run for office, I’ll produce my tax returns, absolutely.”

Earlier this year, in an interview with conservative pundit Hugh Hewitt, Trump stated he’ll eventually release his tax returns “at some point, probably.“

When Mitt Romney, who sought the Republican nomination in 2012, initially refused to release his taxes, Trump said it wasn’t a smart move.

“I think Mitt was hurt really very badly by this whole thing with the income tax returns. I believe he should have given them April 1, but I didn’t think going into a little bit of detail without going into a lot of detail was positive thing,” said Trump in an interview with Fox News.

There is speculation that Trump isn’t releasing his filings because it will reveal his affiliations with Russia, a point Manafort denied.

“That’s what he said, that’s what I said,” Manafort responded when asked if Trump has financial dealings with Russia. “That’s obviously what our position is.”
U.S. officials have said Russia is likely behind the email hack of the Democratic National Committee.
Related Coverage