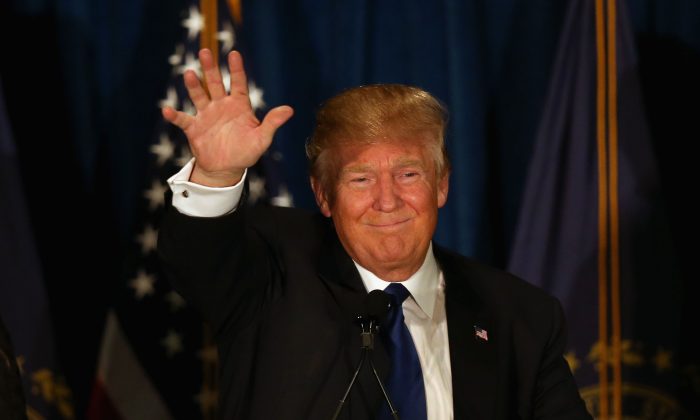 Donald Trump released 11 names he would vet to fill the seat of late Justice Antonin Scalia if he’s elected to the White House.

The Associated Press reports that these names are on the list:

In a statement, Trump said the list “is representative of the kind of constitutional principles I value” and said that, as president, he would use it “as a guide to nominate our next United States Supreme Court Justices.”

His campaign stressed the list was compiled “first and foremost, based on constitutional principles, with input from highly respected conservatives and Republican Party leadership.”

This announcement comes as Trump tries to unite the Republican party. It also hopes to dispel the belief that if Trump were elected as president that he would elect a more liberal judge than President Obama’s nominee Judge Merrick Garland.

According to Politico, six of the nominees were appointed by George W. Bush to federal appeals courts, and five are state Supreme Court judges.

Trump has said he would like to appoint judges in the mold of the deeply conservative Scalia, who died in February.

Trump: I Would Personally Negotiate With North Korea

In the statement, he described Scalia as “a remarkable person and a brilliant Supreme Court Justice.”

“His career was defined by his reverence for the Constitution and his legacy of protecting Americans’ most cherished freedoms,” he added.

“He was a justice who did not believe in legislating from the bench and he is a person whom I held in the highest regard and will always greatly respect his intelligence and conviction to uphold the Constitution of our country.”