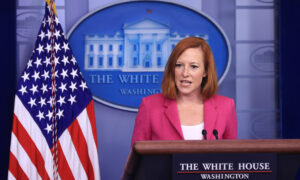 Donald Trump celebrated Cinco de Mayo by posting a picture on Twitter of himself eating a taco bowl while plugging the Trump Tower Grill and saying “I love Hispanics”:

The photo shows the presumptive Republican nominee at his desk smiling over what appears to be the “Taco fiesta!, a special at the Trump Tower Grill.

According to the menu, the Taco fiesta! comes with “ground sautéed beef with jalapeños, onions, tomatoes, and chili spice, served in a taco shell topped with lettuce and cheddar cheese.” It is priced at $13.50.

The internet responded with a cynical snark, poking fun at the presumptive nominee. Here’s one example:

Of course Donald Trump eats taco bowls, the only Mexican food that comes with a wall built around it.


Trump has faced criticism from the Hispanic community after calling Mexicans “criminals and rapists” early in his campaign and proposing to build a wall between the United States and Mexico.

Polls have shown that the Republican nominee has had a persistent problem with the demographic, with a Gallup poll in March showing a 12 percent approval rating and a 77 percent negative approval rating among Hispanics.

In the 2012 election between President Barack Obama and Republican Mitt Romney, Obama got 71 percent compared to Romney’s 27 percent, according to Pew Research.

Obama’s margin of victory among Hispanic voters was almost as large as the 1996 election, when President Bill Clinton won 72% of the Hispanic vote against Bob Dole.

The 2012 election was also the largest turnout by the Hispanic demographic, making up 10 percent of the total electorate—up from 9 percent in 2008 and 8 percent in 2004.

Hillary Clinton used Cinco de Mayo to criticize Trump, posting a video that reads in English and Spanish with clips of Trump talking about his deportation plans.

Lisa Navarrete, a spokeswoman for the left-leaning National Council of La Raza, said that the picture with Trump “doesn’t surprise us at all.”

“My conclusion is either Donald Trump is completely clueless or he is the greatest troll in the history of the internet. There are no other options,” she said.