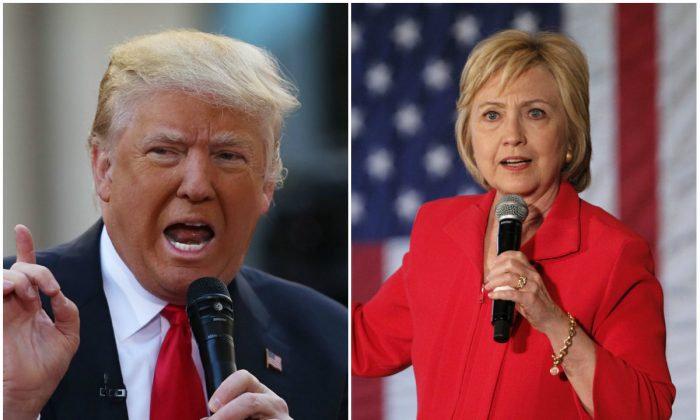 Donald Trump and Hillary Clinton React to the EgyptAir Crash

Join others in the international community
By Steven Klett

Both Democratic candidate Hillary Clinton and presumptive Republican nominee Donald Trump highlighted the dangers of terrorism in their reaction to the crash of the EgyptAir Flight 804 bound from Paris to Cairo with 66 people aboard.

Donald Trump said shortly after news of the plane crash that it “”[l]ooks like yet another terrorist attack,” remarking that the flight departed from Paris.

“When will we get tough, smart and vigilant? Great hate and sickness” Trump continued.

Looks like yet another terrorist attack. Airplane departed from Paris. When will we get tough, smart and vigilant? Great hate and sickness!

Hillary Clinton also addressed the crash saying it appears “that it was an act of terrorism,” Clinton told CNN’s Chris Cuomo. “Exactly how, of course, the investigation will have to determine.”

She also said that the crash “shines a very bright light on the threat that we face from organized terror groups.”

“It reinforces the need for American leadership—the kind of hard, steady leadership that only America can provide,” Clinton said.

In Cairo, Egyptian Civil Aviation Minister Sherif Fathi cautioned that the disaster was still under investigation, but he said the possibility it was a terror attack “is higher than the possibility of having a technical failure.”

French President François Hollande said at a news conference that information gathered pointed to the flight crashing, adding that “no hypothesis should be ruled out.”

“When we have the truth we will draw our conclusions; whether this was an accident or something else, perhaps terrorist,” Hollande said. “We will have the truth.”

Alexander Bortnikov, chief of Russia’s top domestic security agency, said: “In all likelihood it was a terror attack.”

EgyptAir Flight 804, an Airbus A320 with 56 passengers and 10 crew members, went down about halfway between the Greek island of Crete and Egypt’s coastline after takeoff from Charles de Gaulle Airport, authorities said.

The plane’s erratic course suggested a number of possibilities, including some kind of catastrophic mechanical or structural failure—whether accidental or the result of sabotage—or a struggle over the controls with a hijacker in the cockpit.