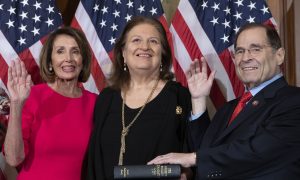 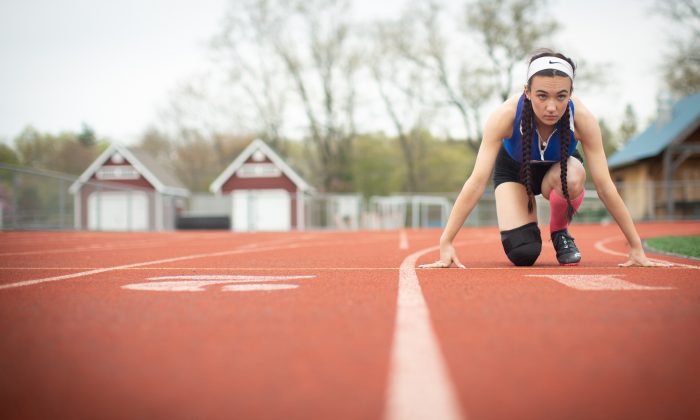 Alliance Defending Freedom (ADF) lawyers in June filed a complaint with the U.S. Department of Education’s Office for Civil Rights on behalf of Selina Soule and two other minors.

Soule competes in track at Glastonbury High School in Connecticut and was unable to qualify for regionals in the 55-meter run because two spots were taken by biological boys who identified as girls and who ran faster; other girls had similarly missed out in their races. As a result, the complainants sought redress under Title IX of the Education Amendments of 1972.

The complaint was filed on behalf of three high school girls who are elite-level track athletes. They trained for years at very high levels in order to have the opportunity to participate in state and regional meets, obtain college scholarships, and win.

However, as the complaint explains, the Connecticut Interscholastic Athletic Conference (CIAC) implemented a policy prior to 2017 “that [permits] boys who are male in every biological and physiological respect—including unaltered male hormone levels and musculature—to compete in girls’ athletic competitions if they claim a female gender identity.”

As a result of this policy, ADF lawyers allege that boys are regularly displacing girls in competitive track events and are preventing girls from obtaining educational and competitive opportunities.

As set forth in paragraph 4 of the complaint, “Treating girls differently regarding a matter so fundamental to the experience of sports—the chance to be champions—is inconsistent with Title IX’s mandate of equal opportunity for both sexes.”

According to the U.S. Department of Education, “Title IX of the Education Amendments of 1972 protects people from discrimination based on sex in education programs or activities that receive Federal financial assistance.”

More particularly, Title IX states, “No person in the United States shall, on the basis of sex, be excluded from participation in, be denied the benefits of, or be subjected to discrimination under any education program or activity receiving Federal financial assistance.”

ADF lawyers raised several important points in the complaint to bolster their assertion that the policy discriminates against females. For example, they referenced a case where a male who failed to qualify for a boys’ indoor track event subsequently began competing in various girls’ events. As a result, this deprived female athletes of the opportunity to advance in various track events.

“This male now holds more than ten records within the state of Connecticut that once belonged to ten different girls,” ADF said in a press release.

This should come as no surprise, given the physiological differences between boys and girls. This, ADF lawyers assert, is one reason why there are different standards for males and females in various sports, including track and field.

As the ADF lawyers explain, the weight of a high school shot put is 4 kilograms (8.8 pounds) for girls and 5.44 kilograms (12 pounds) for boys, while the height of a hurdle is 33 cm (13 inches) for the girls 100-meter hurdle event and 39 cm (15.4 inches) for the boys’ event. Physiological differences are but one reason why boys’ and girls’ sports should be separate and why the policy in question discriminates against females.

In furtherance of their argument, ADF lawyers point to the fact that, in most sports, even the best female athletes would lose to many boys and men who would be considered “second tier.”

“The evidence is unequivocal that starting in puberty, in every sport except sailing, shooting, and riding, there will always be significant numbers of boys and men who would beat the best girls and women in head-to-head competition. Claims to the contrary are simply a denial of science.”

The complaint goes on to state: “As Professor Colemen further explained in testimony before the House Judiciary Committee on April 2, 2019, in track events even the world’s best women’s Olympic athletes ‘would lose to literally thousands of boys and men, including to thousands who would be considered second tier in the men’s category. And because it only takes three male-bodied athletes to preclude the best females from the medal stand, and eight to exclude them from the track, it doesn’t matter if only a handful turn out to be gender nonconforming.’”

There are other examples where biological boys who were transitioning into girls went on to win championships while competing against biological girls.

In addition to the arguments raised by the ADF lawyers, the outcomes tend to support the conclusion that it’s patently unfair for these boys to compete in girls’ sports in accordance with the policy implemented in Connecticut.

ADF lawyers are asking the Department of Education’s Office for Civil Rights to step in, investigate, and protect the rights of the complainants. The department’s eventual ruling will show how much protection these girls are afforded under Title IX.