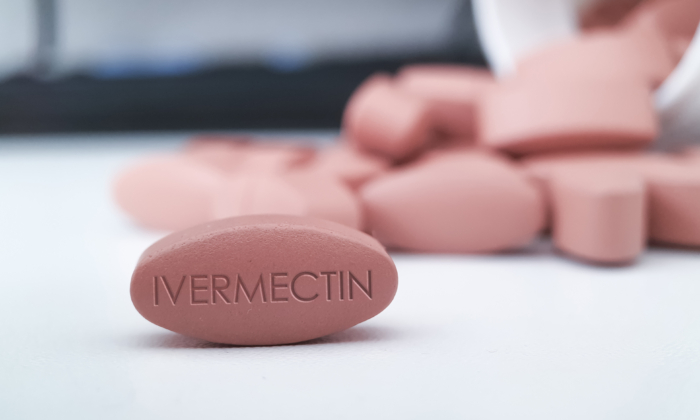 The Food and Drug Administration is facing legal action over statements made about ivermectin and its use against COVID-19. (Sonis Photography/Shutterstock)
By Alice Giordano

A Washington law firm has filed a federal lawsuit against the Food and Drug Administration (FDA) for interfering with the use of ivermectin as a treatment for COVID-19.

The lawsuit (pdf) was filed by Boyden Gray & Associates on behalf of three doctors who were disciplined for prescribing human-grade ivermectin to patients.

The firm’s founder, attorney Boyden Gray, is a former legal adviser to the Reagan and Bush administrations.

Gray told The Epoch Times that the FDA had violated well-established law that allows doctors to prescribe an FDA-approved drug as an off-label treatment.

Ivermectin was no different, he said. It was approved by the FDA in 1966.

“Congress recognized the importance of letting doctors be doctors and expressly prohibited the FDA from interfering with the practice of medicine,” Gray said.

“That is exactly what the FDA has done time and time again throughout this pandemic, assuming authority it doesn’t have and trying to insert itself in the medical decisions of Americans everywhere.”

The three plaintiffs in the case are Dr. Paul Marik of Virginia, Dr. Mary Bowden of Texas, and Dr. Robert Apter of Arizona.

Marik is a founder of the Front Line COVID-19 Critical Care 21 Alliance (FLCCC), a national nonprofit that promotes alternative COVID-19 treatments to the government-touted vaccine.

“The FDA has made public statements on ivermectin that have been misleading and have raised unwarranted concern over a critical drug in preventing and treating COVID-19,” Marik told The Epoch Times. “To do this is to ignore both statutory limits on the FDA’s authority and the significant body of scientific evidence from peer-reviewed research.”

According to Marik, more than 80 medical trials conducted since the outbreak of COVID-19 show that ivermectin is a safe and effective treatment for the virus.

Gray said the FDA has engaged in unlawful interference with the use of ivermectin and should be held accountable for that.

The lawsuit included several statements made by the FDA that Gray said show that the administration interfered with the use of ivermectin.

The post, with an image of a horse and a doctor, has a headline that reads, “Why you should not use ivermectin to treat or prevent COVID-19.”

Marik, Bowden, and Apter are among a number of U.S. doctors across the United States who have been disciplined for prescribing ivermectin.

Marik, a critical care specialist, was suspended by Sentara Norfolk General Hospital for prescribing ivermectin as a COVID-19 treatment. Bowden, an ear, nose, and throat specialist, was suspended from the Houston Medical Hospital. Apter was under investigation by both the Washington Medical Commission and Arizona Medical Board for prescribing ivermectin.

Marik was recently informed that he was under investigation by the medical licensing board in Virginia.

Gray filed the lawsuit in U.S. District Court in Texas.

The doctors are seeking a permanent injunction that would prohibit the FDA from interfering with the use of ivermectin for the treatment of COVID-19.