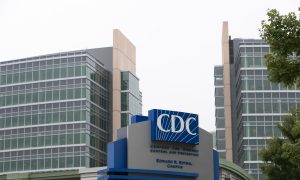 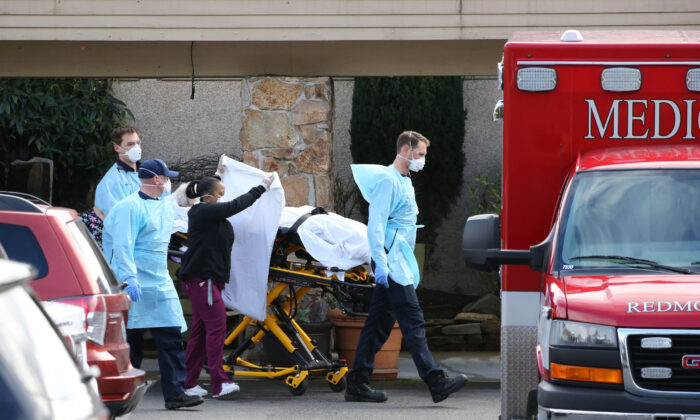 A patient is transferred into an ambulance at the Life Care Center in Kirkland, Washington, on March 7, 2020. (Karen Ducey/Getty Images)
AMERICA

A Minnesota doctor is voicing his concern that the Centers for Disease Control and Prevention’s (CDC) guideline on how to complete COVID-19 death certificates may influence medical certifiers to inflate the number of deaths from the disease.

The seven-page guideline received by Dr. Scott Jensen, a family physician and Republican state senator from Minnesota, explains how he may state a death to be a “presumed” COVID-19 death, even if testing was not done to confirm it. COVID-19 is a disease caused by the CCP (Chinese Communist Party) virus, commonly known as the novel coronavirus.

“Physicians don’t like it when political types try to impact what we do when it comes to patient care,” Jensen said on the Don Giordano Program, “And really, the last thing we do for our patient in many situations is appropriately and accurately complete the death certificate.”

According to Jensen, a death certificate should be based on facts and not presumptions or biases. The CDC’s guideline states: “In cases, where a definite diagnosis of COVID-19 cannot be made, but it is suspected or likely (e.g., the circumstances are compelling within a reasonable degree of certainty), it is acceptable to report COVID-19 on a death certificate as ‘probable’ or ‘presumed.’”

A hypothetical example given in the guideline is an 86-year-old woman who died after displaying symptoms of a high fever, severe cough, and difficulty breathing for five days. The woman, who suffered a stroke three years ago that left her nonambulatory, had the symptoms “after being exposed to an ill family member who was subsequently diagnosed with COVID-19.”

Although testing was not conducted to verify the disease, the CDC says “probable COVID-19” may be listed as the underlying cause of death, “given the patient’s symptoms and exposure to an infected individual.”

White House coronavirus response coordinator Dr. Deborah Birx said in an April 7 task force briefing that “if someone dies with COVID-19, we are counting that as a COVID-19 death.”

Whereas in other countries, Birx said, “if you had a pre-existing condition, and let’s say the virus caused you to go to the ICU [intensive care unit] and then have a heart or kidney problem. Some countries are recording that as a heart issue or a kidney issue and not a COVID-19 death.”

Those concerned with COVID-19 deaths being unduly inflated argue that differentiation between a person dying of the disease or with the disease should be a factor in determining the actual death rate of the CCP virus.

Dr. Michael Baden, a former New York City chief medical examiner, and Fox News contributor, told Fox News that it is acceptable to include someone who had the CCP virus and other health issues in the death count of COVID-19.

“In the normal course, autopsies would then determine whether the person died of the effects of the COVID virus, whether the person had a brain tumor or brain hemorrhage for example that might be unrelated to it and what the relative significance of both the infection and the pre-existing disease is,” Baden said.

Baden says that there may be a low number of autopsies being conducted due to the risk of getting infected.

“Then you will include in those numbers some people who did have a pre-existing condition that would have caused death anyway, but that’s probably a small number,” Baden said.

Craig Barton, co-owner of Barton Family Funeral Service in Washington state, said in an email to The Epoch Times, “My feeling is that in WA, there is a bias toward under-reporting because testing has not been widely used, and for cases that do not display classical symptoms but have the virus, the cause of death may simply be ‘primary pneumonia’ based on a single chest x-ray.”

Washington state had the first confirmed COVID-19 death in the United States back in February and an early community spread of the virus at the senior living center in King County. The state has 11,152 cases of the CCP virus and 583 deaths attributed to the disease as of April 16.

The Epoch Times reached out to the CDC for comment and was directed to contact the National Center for Health Statistics (NCHS), a federal government agency that is part of the CDC. The NCHS provides data that guides policies and actions to improve American people’s health. NCHS did not reply to an email at the time of publication.

New York City public health officials revised its COVID-19 death toll (pdf) on April 14 by including more than 3,700 probable cases that have not been tested, raising the death toll from 6,589 to 10,367. The city said the deaths were backdated to March 11, when the first confirmed COVID-19 death was reported.

“We wanted to make sure that every New Yorker is counted that has been taken from this vicious virus,” said New York City Health Commissioner Dr. Oxiris Barbot.

New York City’s decision to include unconfirmed virus patients in the death toll is a step away from how U.S. health officials had generally attributed COVID-19 deaths, which was only when patients tested positive for the disease.

According to the CDC’s “Physician’s Handbook on Medical Certification of Death 2003,” death certificates are “used to determine which medical conditions receive research and development funding, to set public health goals, and to measure health status at local, state, national, and international levels.”

Jensen says besides pushing back on the CDC guideline, he has also been vocal about the financial motives of hospitals to treat COVID-19 patients.

“If I admit a patient, a medicare patient, to the hospital and just diagnose pneumonia, the diagnosis-related group payment, the lump sum payment the hospital will receive for that patient, will be about $4,500,” Jensen said. “But if I put pneumonia COVID-19, it triples, it goes to $13,000.”

With regard to patients being “put on a ventilator, then the hospital gets $39,000.”

Jensen says when money is involved, “I don’t think there’s any question that human nature will try to massage the numbers, statistics, to say what you want them to say.”

Jensen, who is also an associate professor at the University of Minnesota Medical School, said that someone had called on Twitter for his removal from the school for his speaking out. But the overall support he has received from other doctors has, “been pretty heartwarming. I’ve had physicians call from out of state, all over the country, reaching out and saying thank you for bringing the light of day to this process.”

“I mean, I take care of a lot of patients for decades and decades, and sometimes the last time I see their chart is when I’m completing their death certificate,” Jensen said. “And to think that I’m potentially being influenced by someone who has an underlying agenda, but I never meet that person, they just send me a link for a seven-page document, that’s concerning. Now I’m not saying that’s intentional, but it’s concerning. Americans need to know that kind of stuff goes on.”