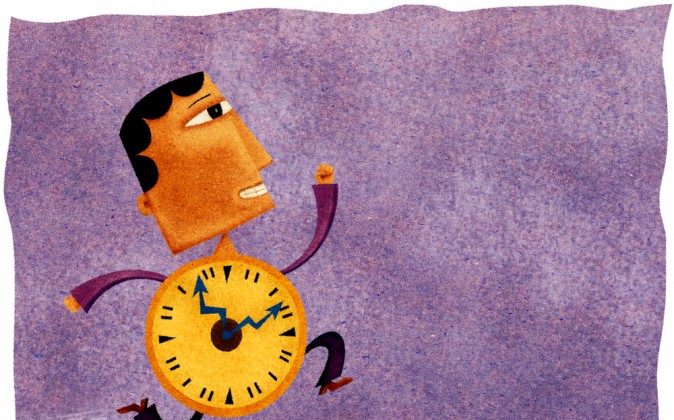 "Our experiment was able to demonstrate that a high-fat diet alters the molecular 'gears' of the clock along with the inflammatory responses in these immune cells, which can lead to metabolic disorders," says David Earnest. (Shutterstock*)
Health News

The “body clock” is located in virtually all cells and controls circadian rhythms, 24-hour cycles that tell the body when to sleep and regulate many physiological processes, including inflammation and metabolism.

A new study, published in the Journal of Biological Chemistry, suggests that a high-fat diet could alter the timing of the body clock, particularly in immune cells that are involved in mediating inflammation in obesity.

When circadian rhythms are disrupted, sleeping patterns and metabolism become unbalanced, note study authors David Earnest, professor at the Texas A&M Health Science Center College of Medicine’s department of neuroscience and experimental therapeutics, and Chaodong Wu, associate professor in the department of nutrition and food sciences at the Texas A&M College of Agriculture and Life Sciences.

With combined interests in sleep cycles and nutrition, the duo has jointly explored effects of unhealthy eating on circadian rhythms for a number of years.

Earnest says the internal body clock is akin to a watch. When you have a watch with a weak battery, your watch “loses time,” as do you. You will think it’s 3 p.m., when, because the watch is now running slow, it’s actually 9 p.m. Saturated fatty acids have the same effect as weak watch batteries, making our clocks run long.

Using mice, the team tested the effects of over-nutrition on body clocks. The test group was fed a high-fat diet and controls were fed a low-fat diet.

The study found that a high-fat diet increased the normal functioning body clock from a 24-hour cycle to a 30-33 hour cycle, particularly in immune cells involved in mediating inflammation. This, in turn, results in six to nine hours of time lost each day, causing critical inflammatory and metabolic processes to occur at abnormal times throughout the day.

Independent data from the researchers suggests that “bad” saturated fatty acids (common in high-fat diets) perturb circadian clocks at specific times of the day/night when their pro-inflammatory effects are maximal.

With these findings, Earnest is working on a complementary study to show that specific polyunsaturated “good” fatty acids or drugs that target inflammatory pathways could prevent the effects of saturated fatty acids, in both dysregulating the clock and increasing pro-inflammatory responses.

Findings could ultimately lead to therapeutic strategies for treating obesity-related metabolic disorders, especially the progression of insulin resistance in type 2 diabetes and other inflammation-related health disorders such as cardiovascular disease, stroke, arthritis, and even recovery from injury-induced inflammation, common in sports injuries.

“Keeping our body clock running properly is vital,” Earnest says. “To promote health, we need to eat healthy foods, and more importantly keep a healthy lifestyle, which includes avoiding sleeping late and eating at night. Time your body right and it will work better.”

*Image of “running man” via Shutterstock