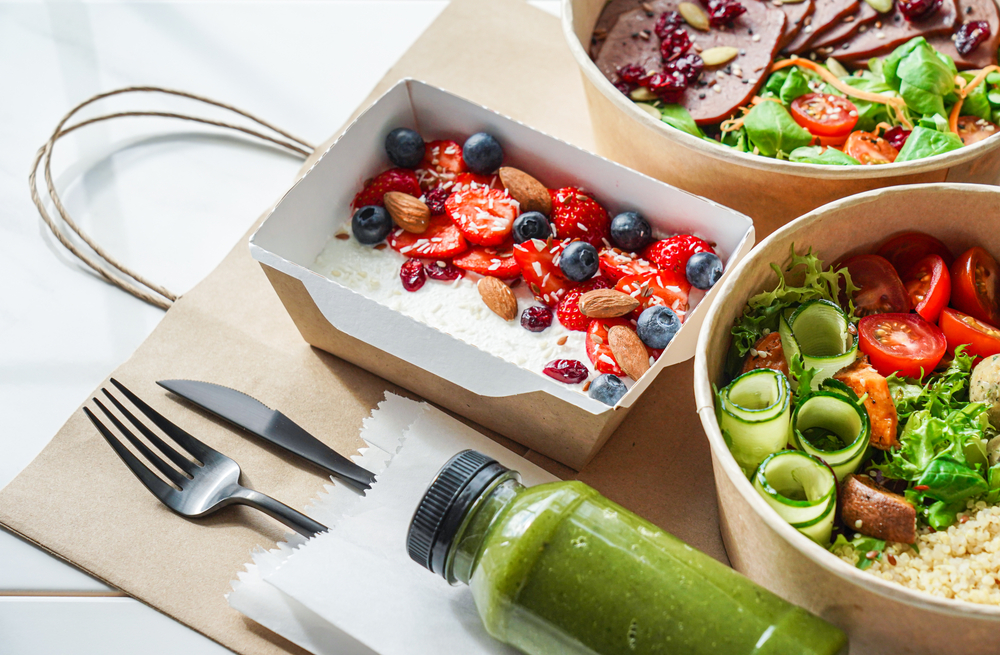 In 2017, and to much fanfare, menu labeling for calorie counts began to be mandated in national chain restaurants. I mean shouldn’t consumers have the knowledge needed to make healthy eating choices outside the home? It just makes sense that caloric information on menus will help consumers limit food intake to stay within daily energy needs––but it didn’t work. It turns out calorie labels are not effective, perhaps shaving on average an insignificant 8 calories off of a meal.

You could have totally predicted that. Why? Just as one might divine the value of front-of-pack traffic light labeling from the ferocity of the industry response against it, one could probably gauge the futility of calorie labeling by the ease at which some regulations have been passed. McDonald’s voluntarily started publishing calorie information nationally back in 2012, after a labeling mandate in New York City was found to have no overall effect on consumer behavior. So, studies suggest such labeling could boost “perceptions of the restaurant’s concern for consumers’ well-being” while carefully not undermining any Big Mac attacks.

At the same time, McDonald’s announced plans for adding seasonal produce to their menu. How cynical do you have to be not to at least recognize that as a good thing? Ironically, adding a healthy option can actually drive people to make even worse choices. Ready to have your mind blown?

If you offer people a choice of side dishes—something unhealthy like french fries or something more neutral like a baked potato—only about 10 percent of individuals with high self-control will splurge for the fries. Good for them. French fries are so unhealthy, though, that as a public health do-gooder you add a third option, an even healthier option than the baked potato—a side salad—to appeal to their better natures. So then, instead of choosing between an indulgent choice and the more neutral baked potato, they have their pick of the indulgent choice, the neutral choice, or an even healthier choice. Even if everyone doesn’t choose the salad, more will go for the middle-ground baked potato over the fries, right? So, how much farther does french fry fancying fall by adding the salad option to the mix? It shoots up, tripling to 33 percent. Without the salad option, only 1 in 10 chose the fries, but that jumped to a third of people just at the sight of salad.

The same thing happens when you offer people the choice between a bacon cheeseburger, a chicken sandwich, or a veggie burger. In a “No Healthy Option” scenario, where people were offered the cheeseburger, a chicken sandwich, or a fish sandwich, 17 percent chose the burger. Swap out the fish sandwich for a veggie burger, and bacon cheeseburger preference doubled to 37 percent. How can just seeing a healthy option push people to make unhealthier choices?

The paper describing this series of experiments was entitled “Vicarious goal fulfillment: When the mere presence of a healthy option leads to an ironically indulgent decision.” The thought is that seeing the salad or veggie burger, people make the mental note to choose that at some nebulous next time, thereby giving them the excuse to indulge now.

See, there’s this fascinating glitch of human psychology called self-licensing. This is when we unwittingly justify doing something that draws us away from our goals after we’ve just done something that brings us towards them. Like justifying eating a donut because you lost so much weight last week. We reward ourselves with an indulgence that sets us back.

If you give smokers quote-unquote “vitamin C” supplements, they subsequently smoke more cigarettes than if you give smokers what you explain are “placebo” pills (even though both groups were given identical sugar pills). The group who thought they were taking supplements smoked nearly twice as much, perhaps thinking at some subconscious level that since they had just done something good for their health, they could afford to “live a little,” which may have in effect indeed occasioned them to live a little…less.

You can see how this could translate into other lifestyle arenas. Those given placebo pills they believed to be dietary supplements not only expressed less desire to subsequently engage in exercise, but followed through by walking about a third less. Compared to those who were told the pills were placebos, misled participants were also more likely to choose a buffet over what was described as a “healthy, organic meal.” Would they eat more, too? A seminal study entitled “The liberating effect of weight loss supplements on dietary control” put it to the test.

Participants were randomized to take a known placebo or a purported weight loss supplement (actually just the same placebo), and later covertly observed at a buffet. Not only did the “supplement” subjects eat more food; they chose less healthy items. They also ate about 30 percent more candy in a bogus “taste test,” and ordered more sugary drinks. “Hence,” the investigators concluded, “people who rely on dietary supplements for health protection may pay a hidden price: the curse of licensed self-indulgence.”

So, circling back, what the vicarious goal-fulfillment studies added is that not only does making progress towards a goal rationalize decision making that undermines us, but even just considering making progress can have a similar licensing effect. Note the study subjects were not only moved to make the unhealthier choice, but the unhealthiest choice. You’d think that even if people didn’t go for the salad or veggie option, the presence of a healthier alternative might at least have encouraged them to choose something in between––not the healthiest, but at least not the unhealthiest choice. But instead, it moved people in the opposite direction.

Compared to the No Healthy Option of chocolate-covered Oreos, regular Oreos, or golden Oreos, adding a “lower-calorie” Oreo option doubled the likelihood that the study participants would go straight for the most indulgent chocolate-covered option. This is attributed to another illogical quirk of human psychology indelicately named the “What the hell effect.” This is when one forbidden cookie can lead dieters to eat the whole bag. Once you’ve already strayed from your goals, well then why not go all the way? So, once people decide they are going to get that salad next time and spoil themselves just this once, they might as well go for the most indulgent choice.

The halo of healthy foods can even warp our perceptions. Show weight-conscious people a burger and nothing else, then ask them to estimate the calories, and the average answer is 734 calories. Okay, now show folks the exact same burger accompanied by three celery sticks, and they guess the total comes out to 619 calories. Did they think the celery had some kind of negative calories? No, most knew the celery had calories too, but just the juxtaposition of the burger with the celery made the burger seem healthier. The same thing happens when you add an apple to a bacon-and-cheese waffle sandwich, a side salad to beef chili, or some carrots next to a cheesesteak. About a hundred calories appear to disappear. Health halo effects may explain why people are more likely to order a dessert and more sugary drinks with a quote-unquote “healthier” sub at Subway versus a Big Mac at McDonald’s even though the sub used in the study (filled with ham, salami, and pepperoni) had 50 percent more calories to begin with.

Even just a reference to healthy foods can do it. Show people a picture of a Big Mac and people estimate it has 646 calories. Just add the text “For your health, eat at least five fruits and vegetables per day,” and all the sudden, the same burger in the same ad was thought to only have 503 calories. Merely offering and even promoting salads and fruit can bring McDonald’s accolades and bolster consumer loyalty without, ironically, helping their health.