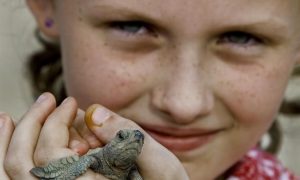 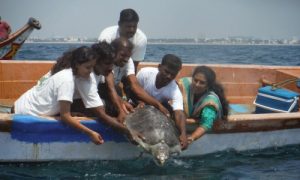 Diver Swims Side by Side With a Turtle (Video)

Kieran found this turtle eating a sponge and the pair ended up swimming along the reef together.

It was at this point that Kieran moved his camera into position to show them both swimming side by side.

According to Kieran, the close encounter with the turtle was a “great experience.”