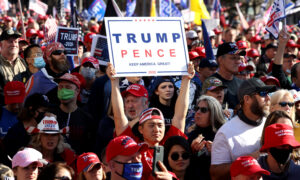 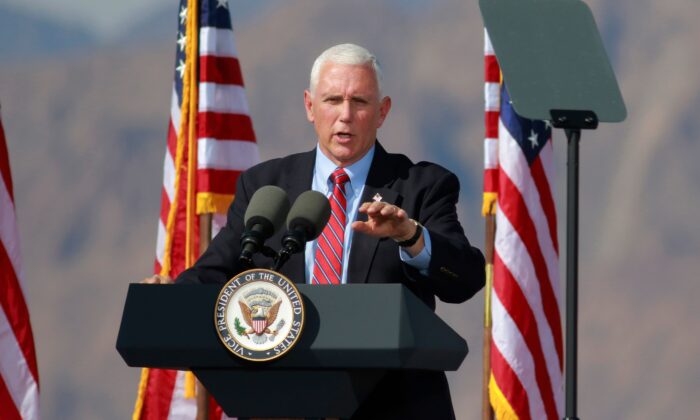 At 1 p.m. local time on Jan. 6, members of Congress will gather in the chamber of the House of Representatives to observe the formal certification of Electoral College votes for president of the United States.

While it’s usually a formality, nothing has been usual so far about this year’s election amid numerous allegations of voter fraud in key swing states.

The situation is complicated by a lack of clarity on the legal and constitutional guardrails for the process. The joint session of Congress may well result in gridlock, in which a clear winner of the race isn’t announced at all.

Based on current election results, former Vice President Joe Biden has received 306 electoral votes to Trump’s 232 votes. Meanwhile, Republicans in seven states where Biden claimed victory have sent their own sets of electoral votes to Washington, and some members of the House have indicated that they will object to Biden electors in some states. Any objection would require support from one House member and one senator to be considered, and at least one senator has left open the possibility he would join the effort.

So what will happen?

The counting of votes is primarily governed by the 12th Amendment of the Constitution and the amended Electoral Count Act.

The Constitution simply states that electors of each state have to meet, make a list of their votes, “which they shall sign and certify,” and send those to the president of the Senate, meaning Vice President Mike Pence.

“The President of the Senate shall, in the presence of the Senate and House of Representatives, open all the certificates and the votes shall then be counted,” the 1804 amendment says.

The Electoral Count Act of 1887, currently known as 3 U.S. Code Section 15, establishes a procedure for how the votes are counted, how to raise objections, and how to resolve disputes. First, it says that the vice president indeed presides over the proceedings. Then, it says the House and Senate leaders each designate two tellers. The VP opens the envelopes with the vote certificates and hands them to the tellers for counting. The tellers then read them out loud, count them, and hand them back to the VP to announce the results.

Then, in rather convoluted language, the law says that Congress members can object. At least one objection from each chamber is needed to trigger a separate vote by both House and Senate on the objections. If both chambers agree, the objected voters are rejected. That’s virtually out of the question given the Democrats’ majority in the House.

If two sets of electors are presented for counting, the House and Senate need to separately vote on which set is legitimate and which should be rejected. If each chamber votes differently, the set certified by the state’s governor should count. That would hand the victory to Biden.

The problem is, there’s a voluminous body of legal analysis arguing that the Electoral Count Act is unconstitutional. Congress has no business granting itself the authority to decide which slate of electors is the correct one and which votes should be rejected. Nor does Congress have the power to designate state governors as the final arbiters, a lineup of legislators and legal scholars have argued.

There are two arguments for who has the constitutional power to decide which electors to choose.

Some jurists say it’s the VP who has the sole discretion to decide which votes to count. The argument is that the framers intended for the VP to be the sole authority over the counting of the votes because the unanimous resolution attached to the Constitution said that the Senate should appoint its president “for the sole purpose of receiving, opening, and counting the votes for president.”

Moreover, before the adoption of the Electoral Count Act, it was always the VP counting the votes, sometimes despite major objections from Congress. Thomas Jefferson did so as the VP in the 1800 election, counting Georgia’s constitutionally deficient votes and de facto securing his own presidency.

Arizona state lawmakers and GOP electors, together with Rep. Louie Gohmert (R-Texas), have filed a federal suit asking for the court to clarify the law to the effect that the Electoral Count Act is unconstitutional and the VP’s power is paramount.

Not everybody agrees, though.

University of Virginia professor John Harrison, an expert on constitutional history, says the VP doesn’t have “any constitutional power to make decisions” over which votes to count.

He argued that the law is deficient to the effect that “Congress doesn’t have the power to make the announcement [of its decisions regarding the vote count] conclusive.” But that doesn’t mean it can’t prescribe any rules at all.

“The Constitution does call for counting the votes with both houses present, so I think that setting up procedures for a count is within Congress’s power,” he told The Epoch Times via email.

The problem is, state legislatures aren’t in session and they can’t assemble in a special session without a call from the governors, who have refused to do so. Meanwhile, the legislatures have usually delegated the power to certify electors to the Governors and Secretaries of State, undermining their own authority on the matter.

The conservative Amistad Project of the Thomas More Society has filed a federal lawsuit arguing that the power of the legislatures is both “exclusive and non-delegable,” and thus any state and federal statutes to the contrary are unconstitutional and void.

That would not only knock down some provisions of the Electoral Count Act, but also render electoral votes that haven’t been certified post-election by state legislatures illegitimate.

Regardless of what the courts will say, the core question is what will take place in the House chambers on Jan. 6? Will Pence refuse to follow the Electoral Count Act? Will some of the tellers dissent? If things go wrong for the Democrats, will House Speaker Nancy Pelosi (D-Calif.) try to end the session prematurely?

There’s no way to tell. Pence hasn’t let his intentions be known.