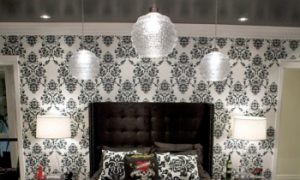 Be Your Own Decorator, Says Design Diva
0

Eco-Friendliness of Downloading Music and Movies
0
US

Walt Disney World said this week it is going to build a new indoor roller coaster in the Magic Kingdom to expand on the park’s Fantasyland area.

At the Orlando, Florida theme park, “The Seven Dwarfs Mine Train” will be the new attraction and will feature a “rollicking, musical” ride experience, the company said. The music will be from the classic film Snow White and the Seven Dwarfs.

“The coaster will feature a first-of-its kind ride system with a train of ride vehicles that swing back and forth, responding to every twist and turn of the track,” Disney said in a statement.

Other attractions include “Under the Sea ~ Journey of the Little Mermaid,” an experience that allows customers to travel with the mermaid character Ariel underneath and above the waves.

Another ride, “Dumbo the Flying Elephant,” consists of two carousels with airborne elephants like those in the animated classic.

The “Princess Fairytale Hall" will feature various princesses including Aurora, Cinderella, and other Disney princesses who will greet customers in a royally themed court.

In all, the new rides will nearly double the size and scope of Disney’s Fantasyland.