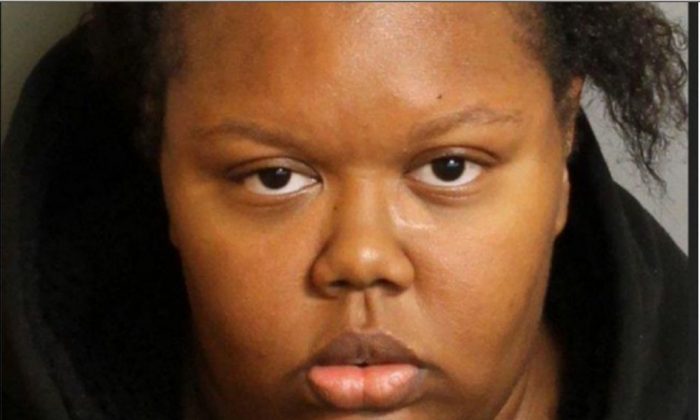 An 8-year-old boy from Alabama is being charged with beating a 1-year-old girl to death while they were left home alone as their mothers went to a nightclub, police said.

Birmingham police say 26-year-old Katerra Lewis and a friend left six children unsupervised while they went to a nightclub last month. An 8-year-old boy who was not identified beat the infant to death when they were gone, AL.com reported. The boy was left to take care of the infant.

“It is believed that while the mother and friend were at the club, the 8-year-old viciously attacked the 1-year-old because the 1-year-old would not stop crying,” Birmingham Police spokesman Lieutenant Sean Edwards was quoted as saying during a press conference. “The 1-year-old suffered from severe head trauma as well as major internal organ damage which ultimately led to her death.”

Edwards added that the case is “by far one of the saddest cases that I’ve witnessed and been a part of.”

Lewis was charged with manslaughter in the case, police said.

“This is one of the most heartbreaking investigations that I have seen in over 30 years of my law enforcement career,” Birmingham police Chief A.C. Roper told AL.com.

“There are just too many deep rooted issues in this horrific crime. It’s extremely troubling from so many different angles and there are no law enforcement answers to prevent it,” Roper added. “We’ve been concerned about the kids and the future effect on their lives. The bottom line is an innocent young baby lost her life and that should be a wake-up call for our community.”

According to NBC News, police said a murder warrant was obtained for the boy, who is now in the care of Alabama’s child welfare agency. His case will then go through the state’s family court system. There is no minimum age for prosecution in Alabama.

A 6-year-old who was at the home told authorities what happened. The details the child gave were consistent with the toddler’s injuries.

“I believe the 8-year-old is going to require some intense counseling for the next several years,” Edwards told NBC.