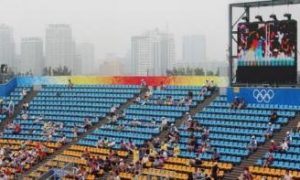 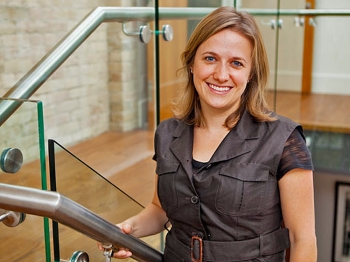 Alison Loat (Courtesy of Samara)
US

Uninterested Voters a Trial for Democracy

TORONTO—While the downtrodden masses of Middle Eastern autocracies risk bullets to call for change, Canadians find it an increasing bother.

Voter turnout hit a historic low in 2008 and isn’t expected to improve. Jon Pammett, a political science professor at Carlton University told The Epoch Times that with a clear front-runner and no pressing issue, there is no reason for anyone to vote now who didn’t vote before.

Add to that a pre-election poll indicating few Canadians wanted an election, and the turnout could be even worse.

All of which elicits a kind of existential soul-searching for those passionate about Canadian democracy.

For a few, it’s a hard-fought battle to raise issues and prompt debate. Across the country there are a handful of understaffed organizations working at what they see to be the major challenges of Canadian democracy.

But unlike the popular refrain, apathy is not the problem, says Duff Conacher, founder of Democracy Watch, one of Canada’s best-known democratic reform groups.

“There are actually solid logical reasons why people have stopped voting.”

Historically, Canadians take to the polls at around 75 percent. With 5 percent of voters stuck working or occupied, and five percent genuinely apathetic or disengaged from society, about 90 percent is the best to expect.

So why did only 75 percent of voters used to cast ballots? Mainly because of safe ridings, says Conacher. “Because either way your vote is not really going to affect the outcome.”

Elections Canada has tracked voter turnout since Canada’s first election in 1867. The last six elections have shown a historic decline in voter turnout with the last election the lowest since Confederation with less only 58.8 percent of electors voting.

One study available on Election Canada’s website interviewed 960 non-voters and found that many said it was pointless to cast a ballot because it had little impact. They also had a low opinion of politics in general.

With a majority of ridings apparently safe, and a lack of faith that politicians will do what they promise, voters don’t see a rational reason to vote, Conacher argues.

“So we do have a broken system in those ways. People are just acting logically.”

Another culprit is our first-past-the-post system, he says.

A 2003 study by researchers at the University of Montreal found that countries with proportional representation—where some seats are awarded to parties based on the percentage of the national vote they received rather than how they fared on a riding-by-riding basis—had 5-6 more voters.

Conacher believes proportional representation (which would likely see the NDP and Greens benefit to the detriment of other parties) and an honesty-in-politics law to punish politicians who break campaign pledges would inspire voters by making the ballot matter.

And voters should forget about safe ridings, he said.

“You truly never know when your vote may count.”

That was certainly true for Conservative Rahim Jaffer, who lost his Edmonton riding to Linda Duncan of the NDP by 463 votes in 2008. Now Duncan holds the one orange splotch on an otherwise Tory blue province.