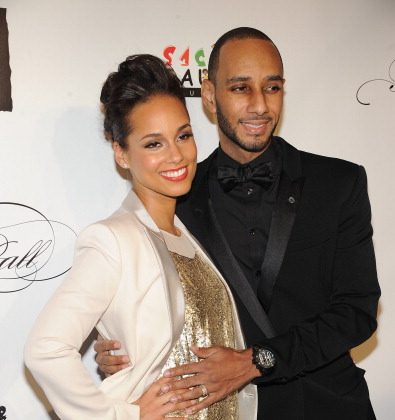 Orlando Bloom Swings and Misses at Justin Bieber:   Boys behaving like boys again. This twosome ended up at the famed Cipriani restaurant in Spain on Wednesday and got into a heated exchange.  Bloom reportedly threw a punch at Bieber and missed.   Bloom has been reportedly ticked at Bieber for making unsavory remarks about Blooms ex girlfriend Miranda Kerr.  Bieber asserted that he only made the remark after Bloom took a swing at him.  Bieber is reportedly now mocking Bloom on Instagram by posting this pic of Bloom (below) sobbing.   If this is round  one… Bieber wins.

Rob Kardashian Ex-Girlfriend Trashing the Dash’s:  Rob Kardashian’s ex-girlfriend Adrienne Bailon.  30-year-old Bailon gave an interview with Latina magazine and asserted that the Kardashian family is blaming her for “ruining” Rob. The Kardashian clan are reportedly fighting back.  It’s going to get ugly.

Broadway Community Supports Eric Garner:  – (From The Grio) roadway stars, directors, producers, musicians, choreographers, designers and technicians from some of the most prominent productions gathered in front of the police station in Times Square on Tuesday. They wanted to send a message about police violence and the killing of Eric Garner.

On July 17th, Garner, a 43-year-old Staten Island man was confronted by police for allegedly selling untaxed cigarettes. The police tried to handcuff Garner but when he refused they placed him in a chokehold. The incident was captured by an onlooker’s cell phone camera. The father of six can be heard telling police repeatedly that he could not breathe. However, the police officers ignored his plea. Garner died on the scene.

The incident has sparked national outrage. The NYPD has taken disciplinary actions against the  two officers involved and four EMS workers have been suspended without pay for not providing medical aid to Garner at the scene.

Broadway’s protest was organized by Brandon Victor Dixon, who most recently played lead in Motown The Musical and his WalkRunFly Productions business partner Warren Allen who is a choreographer.

“There are days when I sometimes question this thing we do call ART. However, yesterday once again reminded me why I do this. This community is about more than just entertainment. We have to shine a light on these issues otherwise we will continue to see and hear about the Fruitvale Station’s, Amadou Diallo’s and the Eric Garner’s of the world” Allen says