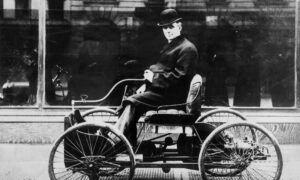 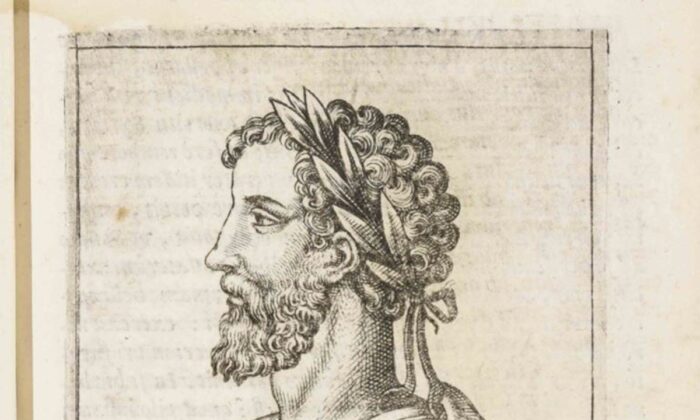 Didius Julianus: The Roman Emperor Who Bought the Imperial Throne—and Paid With His Life

The notorious “Auction of the Empire” reveals what eventually happens when a civilization succumbs to concentrated power and corruption
By Lawrence W. Reed

Lawrence W. Reed
Lawrence Reed writes a weekly op-ed for El American. He is president emeritus of the Foundation for Economic Education (FEE) in Atlanta, Georgia; and is the author of “Real Heroes: Inspiring True Stories of Courage, Character, and Conviction“ and the best-seller “Was Jesus a Socialist?”
View profile
Follow
biggersmaller
Print

Does money buy high public office? It’s a contentious political question. The best answer, it seems to me, is this: Sometimes it does and sometimes it doesn’t. Just ask presidential hopefuls Jeb Bush and Michael Bloomberg.

One occasion when money bought the highest office in the land—in plain public view—occurred in 193 A.D. in ancient Rome. The position of Emperor of the Roman Empire was auctioned off and the winning bid belonged to a man named Didius Julianus. Here’s the remarkable story.

After nearly 500 years, the ancient Roman Republic succumbed to the hazards of the welfare/warfare state a few decades before the birth of Christ. Replacing it was the Roman Empire, an imperial autocracy that lasted another 500 years. Don’t confuse the two periods. The Empire, where the liberties of earlier days succumbed to concentrated power, was very different from its predecessor.

For its initial two centuries, however, the Empire coasted on past achievements. Though some of its early emperors were ghastly, murderous tyrants (such as Nero and Caligula), the Empire under Marcus Aurelius was larger in area and influence than it had been in the days of the first emperor, Augustus.

The death of Marcus Aurelius in 180 and the subsequent 12-year rule of his violent and erratic son Commodus ended the era of Pax Romana (the “Peace of Rome”). With the assassination of Commodus on New Year’s Eve 192, many Romans no doubt hoped 193 would bring a restoration of peace and stability. That was not to be so. Indeed, the new year was so tumultuous that it would become known in Roman history as the Year of the Five Emperors.

The elite unit of imperial bodyguards known as the Praetorian Guard arranged for an army officer named Pertinax to succeed Commodus as Emperor. We know that money played a role; Pertinax offered a tidy sum of 12,000 sestertii each to the guardsmen, but it was done in the more typical way (quietly and behind the scenes). After 87 days in which Pertinax attempted to clean house of Praetorian corruption, the dissatisfied Guard stabbed and beheaded the would-be reformer. That set the stage for an act so brazen in its scope that the next emperor would be remembered primarily for that, and for not much more.

Knowing the Praetorian Guard could be bought, two men appeared at its headquarters and presented themselves as rival claimants for the Roman throne. One was Titus Flavius Sulpicianus, who was the father-in-law of the deceased Pertinax. The other was 60-year-old Didius Julianus, who had distinguished himself in both politics and the military. In his “Chronicle of the Roman Emperors,” historian Chris Scarre notes,

“No attempt was made to hide the nature of the negotiations: the praetorians stationed heralds on the walls to announce that the position of emperor was up for sale….The bidding went on for some time, but eventually the soldiers’ choice fell on Didius Julianus. He not only bid the higher price, but also warned them that if they elected Sulpicianus they might expect revenge at his hands for the murder of Pertinax.”

This notorious “Auction of the Empire,” as Edward Gibbon would call it centuries later, was described by another historian who was alive and writing as it happened, Cassius Dio (155-235 A.D.). In his 80-volume history of Rome, he described the scandalous episode this way:

“So when he [Didius Julianus] heard of the death of Pertinax, he hastily made his way to the imperial throne. Then ensued a most disgraceful business and one unworthy of Rome. For, just as if it had been in some market or auction-room, both the city and its entire empire were auctioned off. The sellers were the ones who had slain their previous emperor, and the would-be buyers were Sulpicianus and Didius Julianus, who vied to outbid each other … They gradually raised their bids up to 20,000 sestertii for each soldier. Some of the soldiers would carry word to Julianus, ‘Sulpicianus offers so much; how much more do you make it?’And to Sulpicianus in turn, ‘Julianus promises so much; how much more do you raise him?’ Sulpicianus would have won the day, being prefect of the city and also the first to name the figure 20,000, had not Julianus raised his bid by a whole 5,000 at one time, shouting the sum out in a loud voice and indicating the amount with his fingers.”

Sold! One gigantic empire and the top position in it—for a mere 25,000 sestertii per guardsman, or approximately the value at the time of 10 horses.

Upon assuming the mantle of Emperor, Didius Julianus devalued the currency by reducing the precious metal content of Roman coinage. But not even that measure made the price he offered affordable to him. He never fully coughed up what he promised. After 66 days in power, he met the same fate as his predecessor—assassination at the hands of disgruntled praetorians.

“But what evil have I done?” he is said to have cried with his last words. “Whom have I killed?”

Before the year was over, three other men would attempt to claim the title of Emperor until one man emerged as the unquestioned ruler—Severus.

The Year of the Five Emperors was drenched in power lust, scandal, and blood. For the Empire, it was mostly downhill from there. When it fell to foreign invasion in 476, many Romans welcomed the invaders because they figured they couldn’t be worse than their own rulers.

And, sadly, they were probably right.

“The Roman Emperors: A Biographical Guide to the Rulers of Imperial Rome, 31 B.C. – A.D. 476” by Michael Grant

“The Architects of Rome’s Demise” by Jack Emerson Brown

“Chronicle of the Roman Emperors: The Reign-by-Reign Record of the Rulers of Imperial Rome” by Chris Scarre

“The Lust for Power Led to Rome’s Decline and Fall” by Lawrence W. Reed

“The Fall of the Republic” by Lawrence W. Reed

“How to Lose a Constitution: Lessons from Roman History” by Lawrence W. Reed

Lawrence W. Reed
Follow
Lawrence Reed writes a weekly op-ed for El American. He is president emeritus of the Foundation for Economic Education (FEE) in Atlanta, Georgia; and is the author of “Real Heroes: Inspiring True Stories of Courage, Character, and Conviction“ and the best-seller “Was Jesus a Socialist?”
TOP NEWS