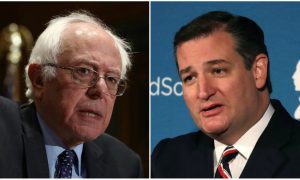 Cruz Pulls out a Map During Obamacare Debate With Sanders
0 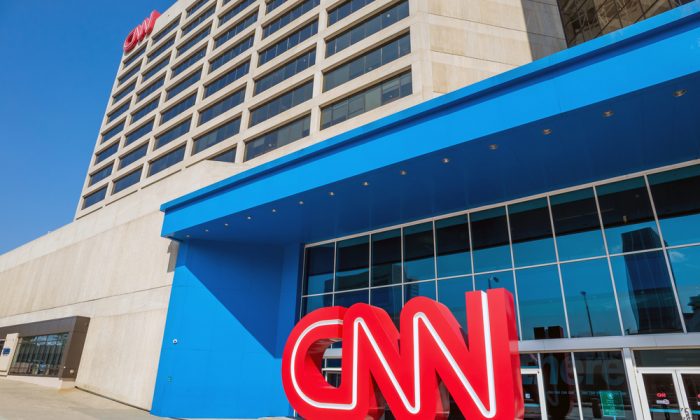 Senators Bernie Sanders and Ted Cruz held a debate on the Affordable Care Act in a town hall-style event on CNN, but some Redditors and Twitter users noticed an apparent anomaly.

After CNN aired the event, Twitter was awash with pictures that one woman who asked a question had a printed sheet of paper that had the words “Your Question” printed at the top. It appears that it was printed from a Gmail account.

People then made unfounded assumptions that CNN provided the woman, identified as Carol Hardaway of Maryland, with questions before she asked them. She read the question from a sheet of paper.

“I have Multiple Sclerosis, but could not afford insurance. Without the treatment of medications I need, I had problems with walking, my speech, and my vision. When the Affordable Care Act was passed, I moved from our home in Texas because they refused to expand medicaid, to Maryland,” she asked Cruz, a Republican from Texas. “And in two weeks, I started to receive treatments through medicaid, and I’m well enough to work as a substitute teacher. Senator Cruz, can you promise me that you and the Republican leaders in Congress will actually have a replacement plan in place for people like me who depend on their medicaid. In other words, I like my coverage. Can I keep it?”

The fact that she’s holding a paper from CNN titled “your question” should surprise nobody. pic.twitter.com/OYd6eOtt5v

On a popular pro-Trump Reddit forum, users unremittingly posted screenshots of the CNN debate highlighting the woman holding the piece of paper, accusing CNN of producing “fake news.” In a notable example, Trump told CNN reporter Jim Acosta that “you are fake news” during a contentious press conference.

It’s worth noting that the woman may have simply come up with the questions herself, sent them to her own account, and printed out a Gmail thread.

President Trump has skewered the network throughout his campaign and during his new presidency, accusing it of producing “fake news.” On Monday, Trump again reiterated the claim, tweeting: “Any negative polls are fake news, just like the CNN, ABC, NBC polls in the election. Sorry, people want border security and extreme vetting.”

During the election, CNN was accused of colluding with the Democratic National Committee.

In October, CNN severed ties with DNC chairwoman Donna Brazile, a former contributor, after she shared questions with the campaign of Hillary Clinton before a town hall debate. This development emerged after WikiLeaks published hacked emails that show Brazile sharing with the Clinton campaign a question that would be posed to Clinton before a debate in March.

“From time to time I get the questions in advance,” Brazile wrote in an email to Hillary Clinton’s campaign chairman John Podesta, and two other people.

Cruz Pulls out a Map During Obamacare Debate With Sanders

And later, DNC research director Lauren Dillon on April 24 sent an email to other officials and staffers about Wolf Blitzer, the longtime CNN anchor. On April 24, in the same email thread, she wrote: “Wolf Blitzer is interviewing Trump on Tues ahead of his foreign policy address on Wed. Please send me thoughts by 10:30 AM tomorrow,” according to an email posted by WikiLeaks. She later said, on April 24: “CNN said the interview was canceled as of now but will keep the questions for the next one. Good to have for others as well.”

To this, CNN told Epoch Times that it is “completely unremarkable. We have similar communications with Republicans. When preparing for interviews we are regularly sent suggestions from rival campaigns and political parties.”