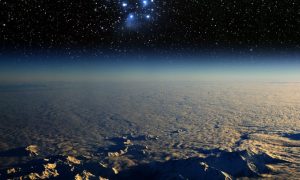 Mathematicians Say It's Probable That Alien Probes Have Reached Earth
0 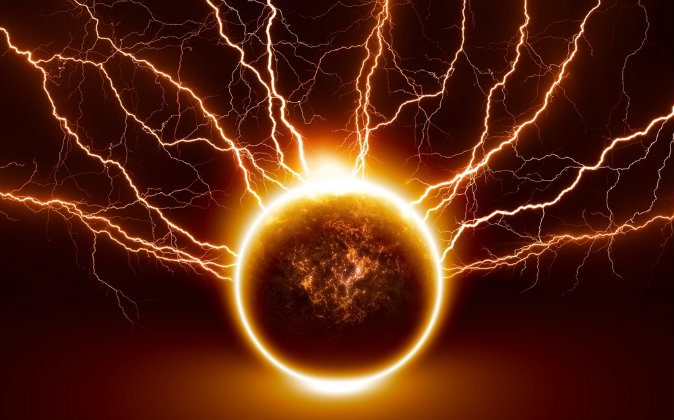 Did a Giant Cosmic Lightning Bolt Hit Mars? Could One Hit Earth?

As we study natural phenomenon with deeper scrutiny, using new techniques and technology, we discover that many of our old theories and notions suddenly no longer fit our observations and experiments.

This was the case for scientists who, when searching for the origin of terrestrial lightning, discovered that storm clouds don’t produce the energy levels needed to generate a bolt of lightning.

“A thunderstorm has got the energy of an atomic bomb,” said Dr. Martin Uman, director of the International Center for Lightning Testing and Research at Camp Blanding in Florida, in a NOVA Science Now interview by PBS.

“The problem is, after decades and decades of measurements up in thunderstorms, nobody has ever managed to find an electric field anywhere that big,” said Joseph Dwyer, Ph.D, a professor of physics and space sciences the Florida Institute of Technology (FIT).

Dr. Dwyer postulated in 2005 that the energy required for such a reaction to occur came not from within our atmosphere, but from cosmic rays sent from dying stars far out in the depths of outer space.

His team at FIT, armed with Dwyer’s research, successfully detected the x-ray signature in storm clouds needed to strengthen his theory. They used advanced technical instruments and balloons sent out during storms, to gather the data he needed.

Data gathered by NASA’s Voyager 1 space probe after it passed the threshold of our solar system shook many conventional ideas. It became apparent that the electromagnetic forces at large emanating from the galaxy have a stronger impact on our sun and solar system than originally thought.

Was Mars Once Struck by a Gigantic Cosmic Lightning Bolt?

An enormous canyon on Mars, Valles Marineris, is seen in the center of this Mars image. Some scientists hypothesize that it was created by a giant lightning bolt from outer space. (NASA, USGS)

It’s hard to imagine a bolt of lightning on the cosmic scale, but several scientists with backgrounds in studying electricity believe that the planet Mars may have been struck by a cosmic bolt of lightning, which deeply scared the surface of the red planet.

Scientists at the Thunderbolts Project propose, however, that a lightning bolt on a gigantic or cosmic scale may have caused the gigantic canyon. A main point of their supposition includes the fact that Valles Marineris’ trenches are unlike Earthly canyons which wind and curve as a result of the water erosion cutting its way through time.

The Thunderbolts Project compares the Valles Marineris to laboratory electrocutions of various materials which shows the same patterns in the scars they leave. Namely, the scar is a singular rift or primary discharge channel with numerous secondary discharge streamers, which are believed to be the tributaries of the Marian canyon, according to the Thunderbolts Project documentary “Symbols of an Alien Sky (Episode 2): The Lightning Scarred Planet” (see video above).

When an electric arc cuts a channel into solid matter, it leaves a specific pattern. This channel and streamer pattern can be seen repeating itself in nature. It is emulated by the scars on the bodies of people struck by lighting.

Additionally, the project cites the abundance of rock and boulder material observed littered across the Martian landscape in the images sent from our rovers as evidence in support of their hypothesis of a cosmic lightning strike. The magnitude of a strike needed to cut the Valles Marineris would have ejected countless cubic yards of rocky debris into space, much of which would have come back down to litter the landscape.

A lecture given by Dr. Dwyer on “Weird Lightning”:

*Concept image of a planet being struck by lightning via Shutterstock