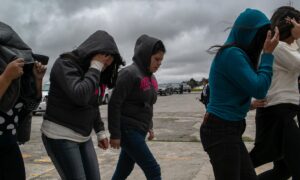 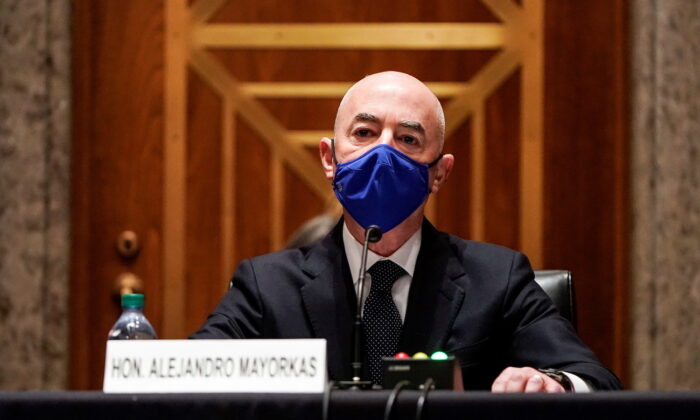 The Department of Homeland Security (DHS) announced on Thursday that it will close two illegal immigrant detention centers, both of which face allegations of abuse.

DHS Secretary Alejandro Mayorkas ordered Immigration and Customs Enforcement (ICE) to stop using the C. Carlos Carreiro Immigration Detention Center in North Dartmouth, Massachusetts. In a report (pdf) released in December last year, the Massachusetts attorney general determined “that a series of institutional failures and poor decisions” by the Bristol County Sheriff’s Office leadership led to “disproportionate” use of force against the detainees at the center.

“Allow me to state one foundational principle: we will not tolerate the mistreatment of individuals in civil immigration detention or substandard conditions of detention,” Mayorkas wrote in a memo to ICE Acting Director Tae Johnson.

“DHS detention facilities and the treatment of individuals in those facilities will be held to our health and safety standards.  Where we discover they fall short, we will continue to take action as we are doing today.”

Mayorkas also instructed Johnson to as soon as possible stop using the Irwin County Detention Center in Ocilla, Georgia. A nurse and four attorneys representing women detained at the center alleged in September last year that a gynecologist at the center abused women, including by performing unnecessary procedures, like hysterectomies.

The DHS announcement mentioned that the preparations for the discontinuation of the use of the Irwin County center should “include preservation of evidence for ongoing investigations.”

Detained illegal immigrants from both facilities will be transferred elsewhere, per Mayorkas’s order. ICE, a part of DHS, has already significantly reduced the detainee population at both facilities.

“ICE maintains a nationwide system of facilities for holding noncitizens whose detention is statutorily mandated, or who pose a public safety threat or risk of flight,” Johnson said in a statement. “ICE will continue to ensure it has sufficient detention space to hold noncitizens as appropriate.”

ICE holds about 19,000 illegal immigrants for removal at about 200 facilities around the country, down about a quarter from a year earlier. About 73 percent of those in custody have no criminal record and many others have only minor offenses, according to the Transactional Records Access Clearinghouse, a data-gathering organization at Syracuse University.

Mayorkas has led an effort to soften some immigration policies but has insisted that illegal immigrants who pose a threat to the public and have committed serious crimes should be detained pending their removal from the country.

The Bristol County Sheriff’s Office operated the Massachusetts detention center jail under an agreement with DHS. The department terminated that agreement on Thursday. The Georgia facility was run by a private company under contract with the government.