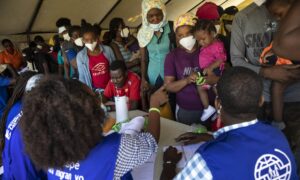 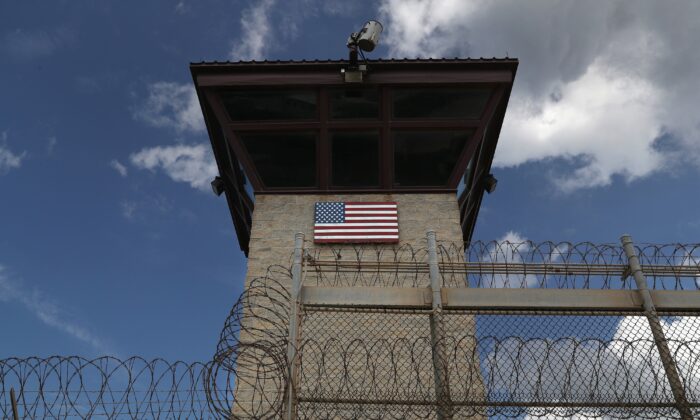 The Biden administration is looking to hire a private contractor to provide security officers to oversee a Migrant Operations Center at the U.S. naval base at Guantánamo Bay, according to a recent government advertisement.

“U.S. Immigration and Customs Enforcement (ICE) has a continuing need to contract for services to provide unarmed custody and security officers to provide guard/security services at the Migrant Operations Center (MOC) at the Naval Station Guantanamo Bay (NSGB), Cuba,” the listing, which was posted on Sept.17, reads.

“Contractor support is required to assist the Department of State (DOS) and Department of Homeland Security (DHS) in meeting their responsibilities for the safety, security and care of protected and non-protected migrants at NSG under Executive Order 13276.”

The listing says that the detention facility has a capacity of 120 people, and will house 20 migrants daily, but notes that “the service provider shall be responsible to maintain on site the necessary equipment to erect temporary housing facilities for populations that exceed 120 and up to 400 migrants in a surge event.”

Those who apply must also be able to assemble equipment, such as tents and cots, on short notice, the add says.

ICE is looking for 50 people to work at the facility, and at least 10 percent of those must be fluent in Spanish and Haitian Creole

The job posting comes amid a surge in illegal immigrants who have amassed in Del Rio, a small Texas city with a population of about 35,000, in recent days.

Some 16,000 illegal aliens, the majority hailing from Haiti, have entered the city in the past week or so, according to Texas officials, leaving Border Patrol agents overwhelmed.

Federal officials have begun releasing many of those migrants into the United States this week, despite the Biden administration’s public statements that thousands of those in the camp would be expelled back to Haiti on flights, AP reported.

The timing of the job posting raises questions about whether or not the Biden administration would use the facility, which is located on the same U.S. Naval Base at Guantánamo Bay, to house some of those Haitian migrants at the southern border. However, there is no suggestion of this in the advertisement.

A DHS spokesperson also confirmed in a statement to The Hill that this was not the case.

“DHS is not and will not send Haitian nationals being encountered at the southwest border to the Migrant Operations Center (MOC) in Guantanamo Bay,” the spokesperson said.

“The MOC has been used for decades to process migrants interdicted at sea for third-country resettlement. The request for information (RFI) recently posted is a typical, routine first step in a contract renewal, and unrelated to the Southwest Border.”

The Guantánamo detention center opened in 2002 and under President George W. Bush’s administration, it became a place to interrogate and imprison people suspected of links to al-Qaida and the Taliban terrorist groups after the Sept. 11, 2001, attacks.

From 1991 to 1993, then-Attorney General William Barr indefinitely detained as many as 12,000 Haitian asylum seekers at an immigration facility in Guantánamo Bay.