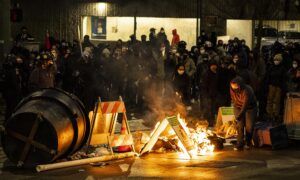 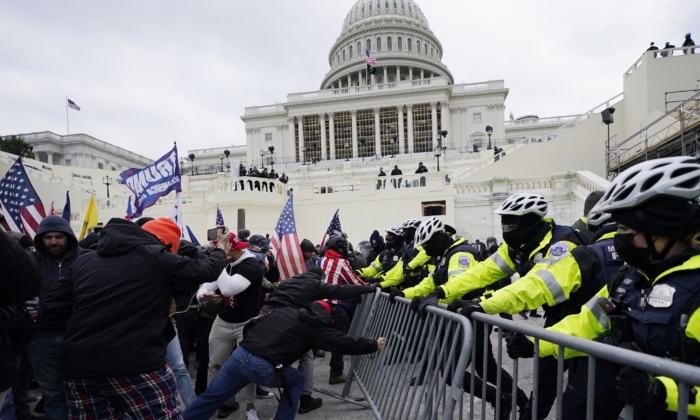 The Department of Homeland Security (DHS) on Tuesday said the United States is seeing “a heightened threat environment” following the presidential inauguration as it warned of potential violence in the coming weeks.

Acting DHS Secretary Pete Gaynor said in a terrorism advisory bulletin that information suggests “some ideologically-motivated violent extremists with objections to the exercise of governmental authority and the presidential transition, as well as other perceived grievances fueled by false narratives, could continue to mobilize to incite or commit violence.”

Throughout the last year, domestic violent extremists targeted people engaging in non-violent protests, according to the bulletin. The extremists were motivated by issues such as anger over police use of force, COVID-19 restrictions, and the 2020 election results.

Racial and ethnic tension has also driven attacks, including the 2019 mass shooting in El Paso, Texas.

“DHS is concerned these same drivers to violence will remain through early 2021 and some DVEs may be emboldened by the January 6, 2021 breach of the U.S. Capitol Building in Washington, D.C. to target elected officials and government facilities,” Gaynor said.

Protesters stormed the Capitol on Jan. 6, interrupting a joint session of Congress. In the resulting mayhem, a U.S. Capitol Police officer shot a woman dead and a different officer was mortally wounded. Hundreds have been charged in the breach, and prosecutors are preparing sedition charges.

Officials don’t know of any specific, credible plots at this time. But they noted that violent riots have taken place recently. The far-left, anarcho-communist network Antifa has rioted against President Joe Biden in the Pacific Northwest.

“We remain concerned that individuals frustrated with the exercise of governmental authority and the presidential transition, as well as other perceived grievances and ideological causes fueled by false narratives, could continue to mobilize a broad range of ideologically-motivated actors to incite or commit violence,” DHS said.

The department urged people to report suspicious activity to local law enforcement or the FBI and to avoid large crowds, including protests.

The bulletin came after Biden asked Avril Haines, the director of national intelligence, to work with the FBI and the Department of Homeland Security on an assessment of domestic violent extremism.

“We want fact-based analysis upon which we can shape policy. This is really [the] first step in the process and we will rely on our appropriate law enforcement and intelligence officials to provide that analysis,” White House press secretary Jen Psaki told reporters last week.

DHS officials said in the agency’s first-ever “Homeland Threat Assessment” in October 2020 that the primary terrorist threat in the United States stems from violent extremists, including domestic violent extremists, or people operating primarily within the United States without direction or inspiration from foreign terrorist groups or other foreign powers.

Then-acting DHS Secretary Chad Wolf said in the report’s introduction that he is “particularly concerned about white supremacist violent extremists who have been exceptionally lethal in their abhorrent targeted attacks in recent years.”

“I am proud of our work to prevent terrorizing tactics by domestic terrorists and violent extremists who seek to force ideological change in the United States through violence, death, and destruction,” he added.