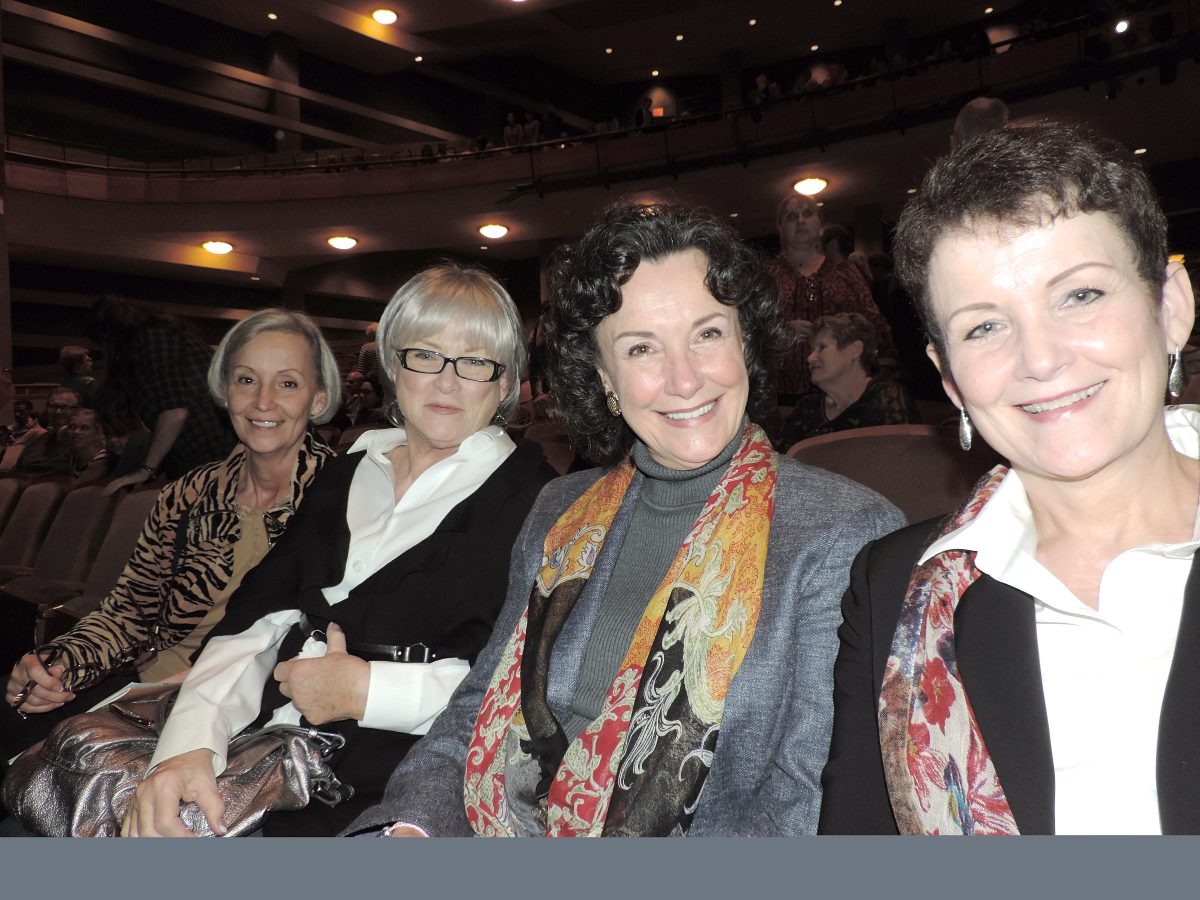 Sylvia Rizk was in attendance at Shen Yun Performing Arts as part of a gift for her sister. (Lily Setoh/Epoch Times)
Shen Yun

AUSTIN, Texas—Residential developer Sylvia Rizk was in attendance for Shen Yun Performing Arts as part of a gift from her sister. Ms. Rizk said she felt lucky to witness the traditional Chinese culture at the Long Center for the Performing Arts, in Austin Dec. 28.

“Wonderful. We enjoyed the colors, the dance, the singing—everything,” Mrs. Rizk said.

The New York-based Shen Yun seeks to revive 5,000 years of the divinely inspired Chinese culture through the performing arts.

“We enjoyed it very much,” Mrs. Rizk said. “How sad to think the communist [regime] could come in on such a peaceful and wonderful country and do so much destruction. And how lucky we are, that you found your way here, and now the culture is being taught to many people.”

Mrs. Rizk is developing Reignquest Custom Homes as her first development venture in Austin, and had, with her husband, previously made a large impact on the real estate of Houston.

Mrs. Rizk’s husband Fred Rizk, who passed away, entered into development with her and was a generous member to the city’s Lebanese-American community. Mr. Rizk had developed about 10,000 apartments in Houston during his five-decade career.

Through the art performed by Shen Yun, Mrs. Rizk said she saw moral values and the love of higher being.

“It was wonderful and exciting,” Mrs. Rizk said.

Also in attendance was Ms. Lori Gates, who said she wanted to see Shen Yun because she had felt that it was just the right time.

“It moved me,” Ms. Gates added. “They’re such fine people in their craft.”

Ms. Molly Hodges, a technology manager for Travis County, was also in attendance with her mother, Mary Alice Hodges.

Ms. Hodges, who was familiar with the suppression of beliefs by the communist regime in China, said she found it wonderful that so many people in Austin could experience the traditional culture.

“The grace, the beauty, the attention to detail that we lack in our modern society—it’s nice to see that slow, deliberate, trained expression in the arts,” Ms. Hodges said.