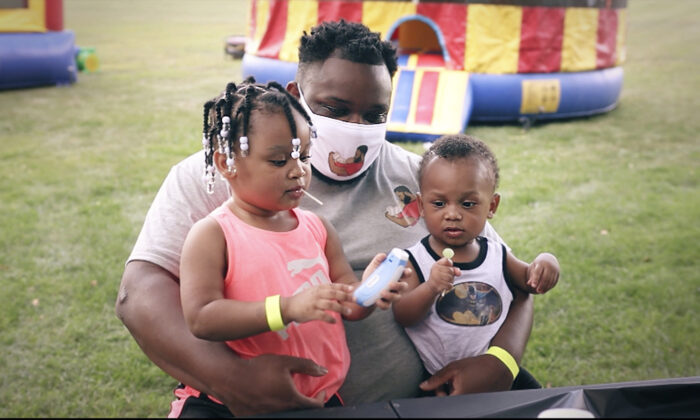 Growing up in Detroit without a dad is something Michael Phillips Jr. knows all too well.

When Phillips became a father himself, he found a way to break that cycle in his family. Now, he’s sharing a message and starting a movement to urge more men to do the same.

Becoming a dad taught him an important lesson.

“When my daughter was born, I felt the love that I was missing,” Phillips told Fox News in an interview.

At just 14 years old, his own father faded out of the picture. “When my mom left my father he kind of disappeared, he wasn’t there for me anymore,” said Phillips.

Raised in a rough neighborhood in east Detroit—notoriously dubbed “the Red Zone”—Michael lost three of his brothers and countless friends to violence. He said he sometimes stayed late hours at school just to stay safe.

As one of eight siblings in his family, life was a struggle. “Sometimes we did not eat because there was not anything to eat,” he told the news outlet.

“I was really just living to survive,” he said.

Many of his friends share the same experience of growing up in broken homes.

But after embracing becoming a dad himself, and the joys that it brings, Michael started a movement called “Father’s First” last Father’s Day, and he’s encouraging more fathers to step up. He organizes events for parents and children to come together, connect, and share quality time.

“I was able to bring men together that didn’t know each other, with their kids and their ladies and we were able to talk, laugh and play,” said Phillips.

He says the group now has over 300 members.

Phillips wants fathers (and mothers) to know that their lives matter to their kids.

And fathers no longer living in the home, Phillips believes, should know that their children are depending on them.

“Every day you get up, you’re living for them,” he told The Epoch Times. “So, when you go clock in at work, it’s for your kid, so you’re able to provide for them.”

He adds: “People are having kids young, seventeen, eighteen, sixteen, and a young man is scared, and they leave.

“I’m here to let them know, you don’t have to be scared or leave. Having a baby is a great thing, they’re a gift from God.”